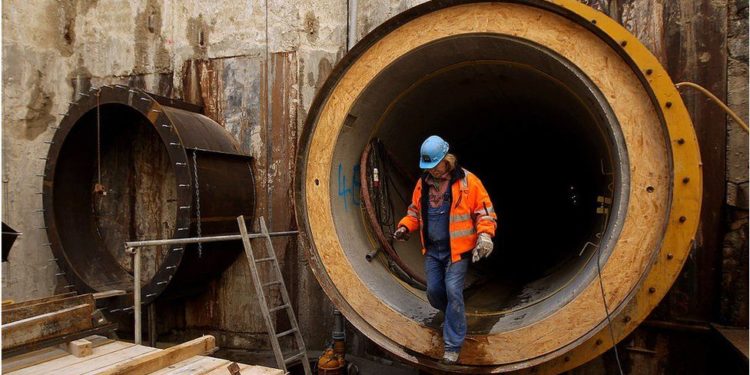 Germany has taken a step closer to gas rationing after a drop in supplies from Russia.

The country has triggered the “alarm” stage of an emergency gas plan to deal with shortages, Germany’s economy ministry said.

It is the latest part of a standoff between the European Union and Russia over its invasion of Ukraine.

“We must not fool ourselves. The cut in gas supplies is an economic attack on us by [Russian President Vladimir] Putin,” Mr Habeck said, adding Germans would have to reduce consumption.

Mr Habeck said there would “hopefully never” be a need to ration gas for German industry, but he added: “Of course, I can’t rule it out.”

Germany has now moved to the second stage of its three-part emergency plan, which is triggered when there is disruption or very high demand for gas.

The government will provide €15bn (£13bn) of loans to try to fill gas storage facilities, and will start auctioning gas to industry to encourage big businesses to use less.

Moving to stage two of the plan puts more pressure on suppliers and network operators to balance out disruption by taking measures such as finding alternative sources for gas.

However, the country stopped short of letting utilities pass on soaring costs to customers, although that is theoretically possible under stage two.

Gas firms already had to ensure supplies under the first stage of the emergency plan, while gas network operators were reporting to the Economy Ministry at least once a day, and electricity grid operators had to ensure grid stability.

State intervention would happen under the third stage when there is a significant disruption to supply which the market cannot cope with, meaning supplies are rationed.

In the third stage, supply to industry would be restricted first, while households and critical institutions such as hospitals would continue to get available gas.

Nord Stream 1 is due to undergo maintenance from 11 to 21 July when flows will stop.

The head of the International Energy Agency, Fatih Birol, has warned that Russia may cut off gas supplies to Europe entirely and that Europe needs to prepare now.

Russia has already cut gas supplies to Poland, Bulgaria, the Netherlands, Denmark and Finland over their refusal to comply with a new payment scheme.

‘All bets are off’

Nathan Piper, head of oil and gas research at Investec, said the continuing restrictions to gas supplies from Russia to Europe was a “worrying development”.

“Effectively, all bets are off on what could happen next,” he said. “Any pretence that Russia is a reliable provider of gas supplies has gone.”

In the summer disrupted gas supplies are “less of a pressing concern”, but he said the situation could become worse in winter when people need more heating.

Whether Germany has to start rationing gas “remains to be seen”, he said, but if prices continue to rise industry will cut back anyway as gas becomes uneconomical.

German industry is already looking at how it will cope with a supply squeeze, with some firms considering resorting to energy sources that were previously being phased out.

Kelheim Fibres, which supplies Proctor & Gamble among others, is looking at fitting out its gas power plant to run on oil.

“Oil has only one advantage: supply is secure,” the firm’s Wolfgang Ott told Reuters.

In the UK, coal plants have been asked to stay open longer, and the government is considering whether to let a new coal mine in Cumbria go ahead.

This is despite global efforts to reduce coal consumption to try to limit the impact of climate change.

The Ukraine war has hit the UK economy in a number of ways, such as by pushing up energy bills.

Inflation – how quickly prices rise across the board – continued at its fastest rate for 40 years in the UK in May, with fuel and energy costs its biggest drivers.

While the UK gets less than 5% of its gas from Russia, UK gas prices are affected by the global markets. 15 African countries with the highest life expectancy Earlier this week, the World Health Organisation (WHO) commended...