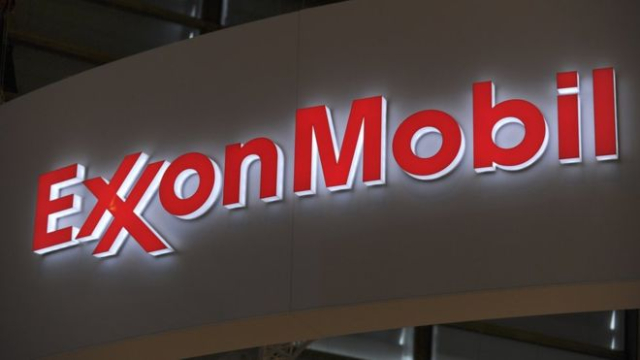 Just last Sunday December 9, 2018 my attention was drawn to a Ghanaian oil company, with the registered name as Griffon Energy Africa Limited demanding answers from the Energy Ministry and international oil firm ExxonMobil over how it was replaced with Goil Offshore Limited, a newly incorporated company by the Ghana Oil Company Limited, as its preferred indigenous company to partner it in the Deepwater Cape Three Points oil exploration.

I was taken aback a little, but later a letter supposedly signed by the Director/Venture Manager of ExxonMobil, Randi Cruz, dated September 7, 2018 and addressed to the Chief Executive Officer of the Ghana National Petroleum Corporation (GNPC), Dr. K.K. Sarpong, and headlined ‘Deepwater Cape Three Points Indigenous Ghanaian Company (IGC)’ suggested this company “Griffon Energy” had been selected to take the 5% participating interest or what is said to be the paid-up interest, after going through the bidding process which saw over 20 local companies including GOIL competing for the project.

The supposed letter stated that the selection was done in accordance with the Ghana Petroleum (Local Content and Local Participation) Regulations, 2013 (L.I. 2204) and pursuant of the Petroleum Agreement GNPC entered into for and on behalf of the Government of Ghana.

Point four of the letter stated, “ExxonMobil is satisfied in its sole discretion that the company and its owners, directors, officers and employees do not pose unacceptable risks related to compliance with Ghanaian Laws and International anti-corruption law and principles”, following which Griffon was selected by ExxonMobil.

This is what the concluding part of the letter stated, “Following a thorough evaluation of over twenty companies, ExxonMobil is pleased to inform GNPC that we have identified Griffon Energy Africa Limited (“Griffon”) as our preferred indigenous Ghanaian company partner. We look forward to working with GNPC and the Government of Ghana to formalise Griffon’s participation in the petroleum agreement.” We know that despite this Griffon was dropped and GOIL selected.

The concluding part of ExxonMobil’s letter is very interesting to me, as someone who has reported on the extractive industry for some time now. One of the laws that readily came to mind was one that gave the Energy Minister the power to even ignore a company that has been selected after a bidding round. Section 10 of the Ghana Petroleum (Exploration And Production Act, 2016), which talks about Petroleum agreements in all forms, is an interesting part of the law.

That same law demands the Minister to give stated reasons for refusing to pick or give an agreement to a company that has won a bid after a bidding round.

The part of the law which enjoins the Minister to give stated reasons, I believe, is what Griffon is standing on in demanding an explanation as to why they were ditched in favour of a local company GOIL with government interest.

So we see the Minister of Energy given unilateral powers on who gets what with regards to exploration and even allocation of blocks or what is called the petroleum agreements.

The law simply means, going through the tender process and winning the bid is not a guarantee that you will be allowed or will get the government to sign a petroleum agreement with you.

Drawing from that, I doubt if the Minister of Energy will give us the exact considerations or reason which led to the dropping of Griffon.

Griffon must know that the same law that demands the government to give reasons also give it the power to set aside such a tedious process that an interested party goes through.

I want to believe that, with this law in mind, even though ExxonMobil in their letter said it has identified Griffon Energy Africa Limited as its preferred local partner this will not hold and the government will not take that choice.

This is because it is not ExxonMobil’s place to give an agreement. That discretion is in the hands of the government of Ghana.

Even if the Minister had at his disposal many reasons as to why Griffon was not approved even after they were selected by ExxonMobil, I am thinking it could be a conflict of interest situation he might want to avoid. Dr. Kwame Owusu, who has over 40 years’ experience in the petrochemical industry, is a director and board member of Griffon Energy Africa Limited and also works with the regulator of the industry, Petroleum Commission.

My analysis does not in any way suggest that I support the government. I am only bringing out what I think are issues with the current law and deficiencies that must be looked at. As it is, I also have serious issues with the law and wish it can be changed to promote transparency.

He refers to the ExxonMobil’s letter to the Ghana National Petroleum Corporation (GNPC) and the government of Ghana to first indicate it had selected Griffon Energy despite the fact that GOIL’s subsidiary was on the list of companies that competed for the partnership.

In a letter to the media, he stated “As a member of the Board of Directors of Griffon Energy Africa Limited, I was elated to be informed on September 8, 2018, that out of the 27 aspirant partner companies, Griffon had been selected by ExxonMobil as its preferred indigenous Ghanaian company partner for the Deepwater Cape Three Points Block.”

Dr Owusu said he was puzzled by the decision especially when as an interested and selected party they were not informed about the change in the decision. He demanded answers stating that “when and for what reason or reasons was Griffon deselected and GOIL, which was in the unselected group of 26 companies, selected to become the preferred company?”.

But that brings us to the point where we are asking that the part of Section 10, subsection 4 of the Ghana Petroleum (Exploration And Production Act, 2016) which talks about powers invested in the Energy Minister in executing Petroleum agreements in all forms, be changed.

The lawmakers did not do us any good by inserting subsection 4 of section 10 of the Ghana Petroleum (Exploration And Production Act, 2016).

Our politics is winner takes all and at any time the party in power has the majority in parliament and a Minister of Energy will carry out instructions from the President or cabinet. This is because he is the President’s representative. When they go to parliament for ratification obviously they will get it.

Do I think Griffon is fighting a lost battle? Yes, and this is the reason:

Today as we speak ExxonMobil has entered into a Joint Operating Agreement with GOIL for Deep-water Cape Three Points Area Oil exploration. The agreement between GOIL and ExxonMobil followed the completion of an elaborate and rigorous due diligence carried out by ExxonMobil for a local partner which took over six months.

We are told that the signing of the agreement was after a no-objection approval from the Ghana Government represented by the Ministry of Energy a month earlier to fulfil the local content law which stipulates a 5% stake reservation for a local entity before any international oil exploration firm is allowed to begin operations in Ghana.

At the moment all we are waiting for is the ratification from parliament as the government of Ghana through the GNPC and the Ministry of Energy has also signed its part of the deal.

It is just not possible to see the government go back on these agreements. Unless we want to have another judgement debt on our hands.

I have also heard from the grapevine that Griffon has suggested that they are not entirely against the deal with GOIL but they should have been allowed to partner with GOIL to hold the 5% interest in the ExxonMobil petroleum exploration agreement.

But again that is just not possible I must say, from where I sit. This is because GOIL if am right would not allow that because they are also looking to building their capacity to be able to take a block in future. I even don’t think that the government itself will consider having a private company partner a company which holds substantial shares in the 5% paid up interest.

As for the law, I insist there must be amendments to the part which gives too much powers to the Energy Minister. But let’s also bear in mind that maybe the government did not want to give agreements to companies which may not immediately be financially and technically ready to start exploratory activities.

To reach me to also expressed your views, which might be different from what I have espoused here contact me via norvan986@gmail.com