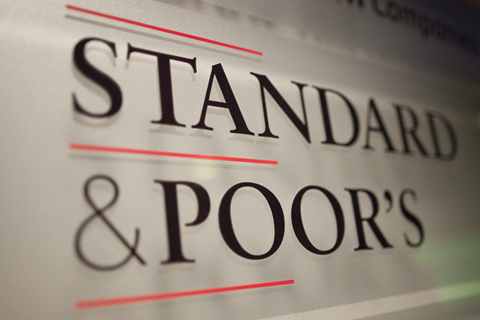 The September stock-market selloff that started as comeuppance for overheated tech shares evolved this week into a more troubling sign for the U.S. economy.

While stocks advanced Friday after lawmakers revived hopes for a fresh spending bill, the S&P 500 notched a fourth straight weekly drop. This time, it wasn’t Apple or Tesla that bore the brunt of selling.

Companies with profits most closely tied to economic growth, like commodity producers and banks, led the drop. The recovery trade faltered, with airlines sinking the most since June and small-caps dipping below their average price for the past 200 days.

The shift upended the market narrative that September’s slide was a cleansing pullback after August’s rally stretched valuations to levels not seen in 20 years.

Investors who ignored the curtailment of federal stimulus this summer suddenly grew concerned the economy would falter without another boost, endangering the rebound in corporate profits. Virus trends worsened, and election jitters weighed on sentiment.

“You are shifting some of the concerns away from just a valuation perspective and taking into account some of the other items that we knew were looming in the background,” said Wayne Wicker, chief investment officer of Vantagepoint Investment Advisers. “There are some real uncertainties weighing on the markets.”

The week’s volatility brought the concerns over the economy into relief. The S&P 500 lost 2.4% Wednesday after Federal Reserve officials warned a new spending bill was needed to fuel the recovery.

Prospects for stimulus had dimmed at the start of the week when Congress turned its attention to filling the Supreme Court vacancy, prompting economists at JPMorgan Chase & Co. and Goldman Sachs Group Inc. to cut their growth forecasts.

“As the stock market moved to correction territory, suddenly they’re like, ‘Oh geez, we can’t be sitting here doing nothing,’” said Matt Maley, chief market strategist at Miller Tabak + Co. “Now people are starting to point the finger at Congress, and that will lead them to change their tune.”

The growth angst showed up in smaller companies that rely on U.S. demand as well. The Russell 2000 tumbled 4%, erasing gains from the previous week, while the Dow Jones Industrial Average dropped 1.8%, joining the S&P 500 in posting a fourth straight weekly decline, the longest losing streak in 13 months.

A Bloomberg basket of stocks that benefit from economic reopenings dropped 5.3% in the week, compared with an advance of 4.1% for those seen gaining an advantage during lockdowns. That’s an about-face from earlier this month, when the recovery trade outperformed.

“The prior couple of weeks seemed very much market-positioning led,” said Greg Boutle, U.S. head of equity and derivative strategist at BNP Paribas. “But this week seemed slightly more of the type of move that you could extrapolate from lower growth expectations.”

Skepticism is mounting that the market can withstand the double blow of a growth scare and any renewal in a tech selloff. U.S. stock funds bled $25.8 billion in the week through Sept. 23, suffering the third-worst withdrawal on record, according to Bank of America Corp. and EPFR Global data.

And the September selloff has yet to wash out the euphoric positioning that was partly blamed for the rout. Retail traders, key drivers of the options market during the summer rally, have shown persistence.

For months, investors had brushed aside stretched valuations, betting a full economic recovery will allow S&P 500 profits to catch up with a price-earnings ratio that hovered near the highest level since the dot-com bubble.

While third-quarter income is expected to drop 22% from a year ago, analysts expect corporate America to return to growth in 2021, estimates compiled by Bloomberg Intelligence show.

That rosy outlook is anything but guaranteed, as investors found out this week. While Fed largesse and $3 trillion of federal stimulus helped fuel a torrid five-month rally that began in March, their limitations have become apparent as the virus continues to spread.

“There are clear signs the reopening of the economy has stalled,” said Marc Chaikin, founder of Chaikin Analytics. “We do need another stimulus bill to get the market going on the upside again.”

But the chances of getting further fiscal stimulus this year look uncertain, with lawmakers focusing on the Supreme Court and a potentially chaotic presidential election coming in November. All that means is that the downside risks are building for the market, according to William Delwiche, an investment strategist at Baird.

“While optimism has begun to retreat, it would be premature to suggest that it is unwound or that meaningful levels of pessimism have emerged,” Delwiche said. “The lack of fiscal stimulus and continued unrest ahead of the November election raise the risk that the pace of recovery will not just slow, but that activity may actually tick lower.”