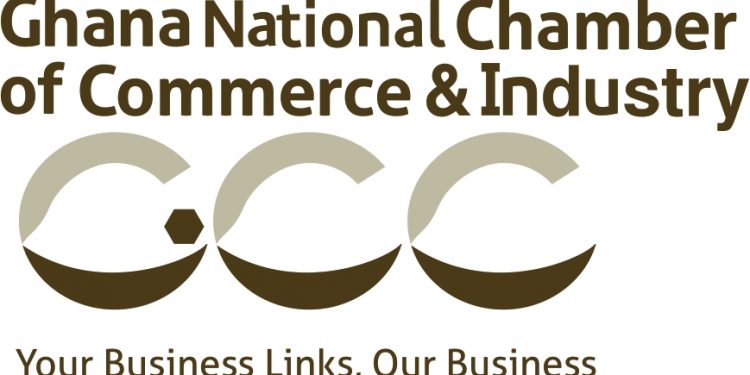 The Ghana National Chamber of Commerce and Industry (GNCCI) has described as disincentive and punitive to existing taxpayers, the proposed 1.75% rate charge on electronic transactions in the country.

According to the Chamber, the proposed 1.75% charge rate is on the high side and is likely to stifle growth and sustainability of businesses in Ghana.

Making the assertion in a statement issued on Monday, January 24, the Chamber indicating its support for the levy, proposed a 0.5% to 1% band charge rate for the levy government intends to implement.

“Government’s insistence on maintaining the rate at 1.75% does not augur well for businesses, especially who are recovering from the shocks of the pandemic amidst high cost of doing business in the country. As a third party to e-transactions, the government’s e-levy rate is in excess of the total fees and charges billed by service providers.

“In simple terms, the 1.75% e-levy serves as a disincentive and punitive to existing taxpayers and threatens the gains made in our financial inclusion journey. The introduction of the e-levy must not stifle the growth and sustainability of businesses in Ghana. Best practice has shown that some African countries that have imposed e-levy have their rates less than 1%.

“While being mindful that the revenue estimation took into account the 1.75% e-levy to meet the budget deficit, the Chamber calls on government to hasten slowly with the implementation. It is instructive to support businesses to grow and thrive (increased output, employment, and tax revenue) than to burden them with increasing cost of doing business that will stifle output, employment, and tax revenue.

“Accordingly, the GNCCI proposes a band of 0.5% – 1.0% as cost-shared applicable for registered taxpaying businesses in the country to ensure fairness and equity. Subsequent engagements with government, telecom operators, and end-users are required to reach a thoughtful compromise.

“The Chamber’s proposed band has implication for widening the tax base towards increasing tax revenue. It also serves as an incentive for existing tax payers. In addition, the growth of SMEs and the gains in financial inclusion will be sustained,” read parts of the statement.

According to the GNCCI, it is concerned that consultation on levy was done without representation from trade and business associations whose constituents will be greatly affected by the policy.

Asserting that, at the onset of the policy announcement, the GNCCI called on government to re-consider the rate of 1.75% as it will further worsen the plight of businesses, particularly Small and Medium Scale Enterprises (SMEs) who are mainly growth-driven and susceptible to firm-specific risks, industry volatility, and economic cycles.

Meanwhile, the Finance Minister Ken Ofori Atta, has said that the 1.75% charge rate for the E-Levy remains unchanged.

“The E-Levy will not only ensure that we move toward a more sustainable debt level, but also ensure that we have the revenues to sustainably invest in entrepreneurship, youth employment, cybersecurity, digital and road infrastructure.

“The E-levy also provides a means for all Ghanaians to help support their country and grow this economy as compliant citizens giving to Caesar what belongs to Caesar.

“After extensive consultations, the E-levy will be re-submitted to Parliament this month. We look forward to joining hands with our Honourable Members of Parliament to approve the E-levy on a consensus basis, so we can collectively address the big issue of unemployment. We have in the spirit of burden-sharing and consultation with the telecoms operators gotten 25 percent off their fees. This is in good faith, so let us keep our 1.75 percent to build our country,” he said at a press conference in Accra last week.