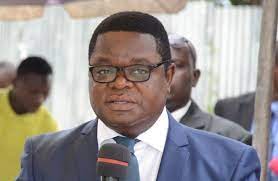 Director for the Institute of Statistical, Social and Economic Research (ISSER), Professor Peter Quartey, has said government’s ambition of achieving a five percentage points GDP growth by the end of 2021 is highly attainable.

The assertion by the renowned economist follows the announced 3.9 percentage points GDP growth recorded at the end of the second quarter for this year by the Ghana Statistical Service (GSS).

Describing the recorded positive growth as ‘signs of a sustained economic recovery’, Prof. Quartey opined that government must prioritize targeted investments into some sectors of the economy to safeguard the growth particularly in the Services and Agriculture sectors which were responsible for the positive growth.

“The 3.9% growth rate is quite positive and encouraging. Then if you even look at the non-oil growth rate of 5.2%, it clearly tells you that the economy is certainly recovering. And all things being equal, we are likely to hit an average of 5% GDP by the end of the year.

“The 3.9% growth rate is positive because majority of the real sector of the economy have witnessed appreciable expansion and I think the government should continue to invest in the real sector in order to realise the targeted growth rate for 2021,” he remarked.

He continued saying, “I’m encouraged by the fact that manufacturing is growing at an average rate of 5% because majority of the people are employed within this sector. And therefore, it is quite encouraging that if that sector is growing it is likely to employ more people, so we reduce the unemployment rate, especially the youth who are unemployed – a lot of them being trained by the tertiary institutions, but yet cannot find jobs.”

Read This: Tullow Oil posts gross profit of $321 million in 2021 half year results

Robust growth in the Service and Agriculture sectors for the second quarter of this year resulted in a positive Gross Domestic Product (GDP) growth of 3.9 percentage points.

This is per the new data released by the Ghana Statistical Service (GSS) on the country’s economic performance for the second quarter.

Compared to same period last year, recorded GDP for Q2 2020 was negative 5.7 percent as a result of the adverse impact of the Covid pandemic on the economy.

Announcing the GDP growth rate for Q2 2021, Government Statistician, Professor Samuel Annim, remarked that the increase in the growth rate was driven by a strong pick-up in the Services and Agriculture sectors.

Adding that the growth rate could have been higher, but for the contraction in Industry which was influenced by a shrink in the mining and quarrying sub sector.

The Services sector recorded the highest growth of 11.0% and was followed by the Agriculture sector with a growth of 5.5%.

The Industry sector however contracted by 4.3%.

For the Agriculture sector, Forestry and Logging, Livestock and Crops registered growth rates of 11.9%, 5.7% and 4.5% respectively.

With regard to industry, Water supply, Sewerage, Waste Management and Remediation Activities registered growth rate of 20.5%, whilst Electricity, Manufacturing and Construction registered GDP of 9.5%, 8.3% and 2.4%.