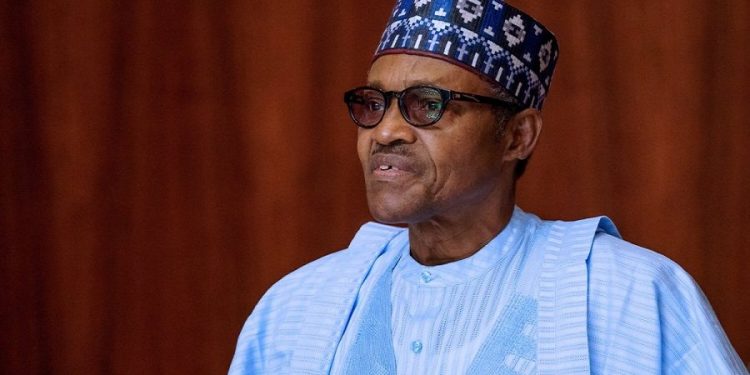 Socio-Economic Rights and Accountability Project (SERAP) has asked President Muhammadu Buhari to issue an immediate moratorium on borrowing by the Federal Government and the 36 states to address a systemic debt crisis, prevent retrogressive economic measures, and the disproportionately negative impact of unsustainable debt on the poor Nigerians.

This is coming barely a few days after the National Assembly approved President Buhari’s request of $5.8 billion and a grant of $10 million. The legislature’s previous loan approval in 2021 alone include $8.3 billion, €490 million and $6.1 billion. The foreign debt stock of the Federal Government, 36 states, and Federal Capital Territory reportedly stands at $37.9 billion.

This was made known by SERAP in an open letter dated December 18, 2021, and signed by its Deputy Director, Kolawole Oluwadare, in which it said that a moratorium on borrowing would create a temporary debt standstill, and free up fiscal space for investment in Nigerian as well as ensure sustainable economic and social recovery from the COVID-19 pandemic.”

SERAP said, “Without a moratorium on borrowing, your government and many of the 36 states may be caught in a process-driven mostly by creditors’ needs. This will result in an exorbitant social cost for the marginalized and vulnerable sectors of the population.”

SERAP noted that long-term unsustainable debt can be a barrier to the government’s ability to mobilize resources for human rights, and may lead to taxes and user fees that impact negatively on vulnerable and marginalised Nigerians.

What SERAP is saying in the letter

The letter from SERAP partly reads, “SERAP is concerned about the lack of transparency and accountability in the spending of the loans so far obtained, and opacity around the terms and conditions, including repayment details of these loans.

“While the National Assembly has asked for these details in future loan requests, it ought to have seen and assessed the terms and conditions of these loans before approving them, in line with its oversight responsibility under the Nigerian Constitution of 1999 [as amended].

“If not urgently addressed, the escalating borrowing and looming debt crisis would cripple the ability of both the Federal Government and the 36 states to deliver essential public services such as quality healthcare, education, and clean water to the most vulnerable and marginalised sectors of the population.

“SERAP notes that governments’ ability to protect human rights is inextricably related to the ability to spend needed resources. Growing debt burdens and debt repayment difficulties will have negative impacts on the ability of your government and many of the 36 states to fulfill the basic socio-economic rights of poor and vulnerable Nigerians.

“Sustainable debt management by the Federal Government and state governments will contribute to mobilizing resources for human rights and essential public services, and promote a culture of responsible borrowing.

“Several of the 36 states are also facing a debt crisis, and vicious debt cycles. According to the Debt Management Office, the foreign debt stock of the Federal Government, 36 state governments and the Federal Capital Territory presently stands at $37.9bn.

“The loans from China alone amount to $3.59bn. According to the UN Independent Expert on foreign debt and human rights, Nigeria faces debt service relative to tax revenues that exceed 20 per cent, with escalating social tensions linked to poverty and inequality.

“The growing level of borrowing by your government and the 36 states is clearly a human rights issue because when the entire country is burdened by unsustainable debts, there will be little money left to ensure access of poor and vulnerable Nigerians to basic public services.

“While it is critical for the Federal Government and state governments to have sufficient resources to fund their budgets, it is equally critical for governments to substantially cut the cost of governance. Persistent borrowing is neither sustainable nor fair to the Nigerian people.

“SERAP urges you to conduct a human rights assessment of the borrowing by governments since 1999 to address the dire consequences of unsustainable debts on people and communities across the country, and to ensure that borrowing at all levels of government considers the human rights impacts.

“Any such assessment should be conducted in harmony with existing safeguards and mechanisms in order to contribute to informed decision-making and to complement findings from a human rights perspective.

“A human rights impact analysis should serve to ascertain the debts that can be repaid, and the resources necessary to ensure compliance with the obligation of using the maximum available resources for the protection and fulfillment of human rights.

“SERAP also urges you to adopt effective measures to address transparency and accountability gaps in spending of loans, and the systemic and widespread corruption in ministries, departments, and agencies, as documented by the Office of the Auditor-General of the Federation.

“We would therefore be grateful if the recommended measures are taken within 14 days of the receipt and/or publication of this letter. If we have not heard from you by then, SERAP shall take all appropriate legal actions to compel your government and the 36 states to comply with our requests.”

Nigeria’s public debt profile has risen the most under President Muhammadu Buhari’s administration when compared to the previous administrations since 1999.

Debt servicing is reported to gulp about 97% of the Federal Government’s total revenue in 2020. Budgit, in its July report, said that of the N3.42 trillion generated as revenue, Nigeria spent N3.34 trillion on debt servicing. Also, N3.3 trillion was set aside for debt servicing in the assented 2021 budget.