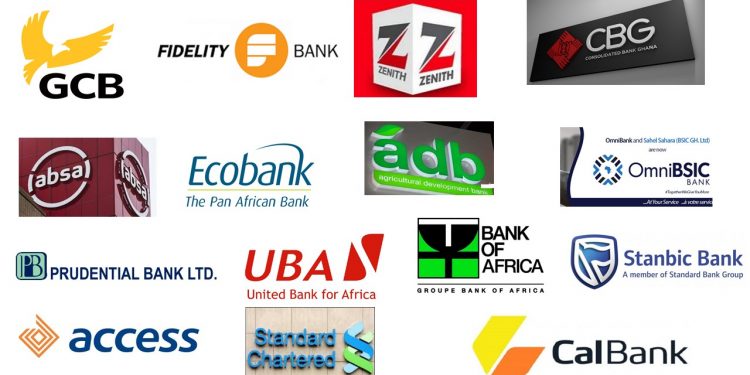 Banks in the country for the first quarter of 2021 gave out loans and advances totaling some Ghs 47.3 billion to the private sector, government and other banks.

The total credit issued to mainly the private sector and government for the period under review, represents a decline of some Ghs 500 million when compared to that given out by banks by December 2020.

Total loans given to the private sector and government at end-December 2021, amounted to Ghs 47.8 billion.

The fall in total credit to customers by banks as noted in the Bank of Ghana’s (BoG), Summary of Economic and Financial Data and as earlier noted the by the Central Bank’s March 2021 Banking Sector Report, is indicative of the fact that banks for the most part of 2020 and during the height of the covid-19 pandemic, resorted to channeling funds into investment securities rather than increasing credit to the private sector to stimulate economic activities and help quicken the country’s recovery process.

Checks by norvanreports as regards to loans given out by the various banks also revealed a decline in total loans issued within January and March.

Notable banks in the country such as Absa, Ecobank, Cal Bank, Standard Chartered among others, decreased the amount of loans given for the first quarter of this year.

Despite the fall in loans given out to customers, some banks still gave significant amount of money to the private sector, government and other banks as loans to help support economic activities and further the recovery process of the economy.

Norvanreports analysed the loans and advances issued out by the various banks to ascertain the top 5 lenders in the country for Q1 2021.

The top lender for Q1 2021, according to our checks was Ecobank Ghana.

The increment in loans made for the quarter resulted in interest income of Ghs 186 million.

Loans made by the South African-owned bank to Ghanaians from January to March this year, amounted to Ghs 4.28 billion.

The Ghs 4.28 billion loans made resulted in interest income of Ghs 341 million.

Fidelity bank gave out loans to the tune of Ghs 2.3 billion.

No significant change was recorded in the amount of loans given out to customers as Fidelity Bank gave a similar amount as loans from October to December 2020.

Interest income made on the loans for the first quarter was Ghs 342 million.

The bank for the period under review made loans to the tune of Ghs 2.22 billion, registering a decline in loans issued in the previous quarter by Ghs 175 million.

Other banks that made loans to the tune of Ghs 1 billion and above in Q1 2021 include;

Source: norvanreports
Tags: Bank of Ghana’s (BoG)loans and advances totaling some Ghs 47.3 billionprivate sector and governmentSummary of Economic and Financial Data
No Result
View All Result