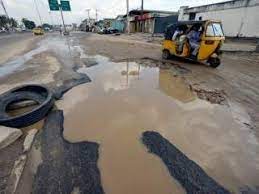 Majority of Africans are ready and willing to pay more taxes to their respective governments to finance national development.

This is per the survey conducted by Pan-African and nonpartisan survey research network, Afrobarometer, across 18 African countries.

As revealed by the survey, majority of Africans want to be self-reliant and control their own democratic and economic affairs as two-thirds (64%) of the respondents surveyed say their countries should finance development from their own resources, even if it means paying more taxes.

Only 29% of those surveyed want their governments to rely on external loans to finance national development.

In Ghana, 72 percent of those surveyed want national development funded by government’s own resources as opposed to the 18 percent that want government to rely on external funding.

The desire for development without foreign aid is the majority view in 15 of the 18 countries surveyed, including three-fourths of citizens in Gabon (82%), Tunisia (78%), and Mali (77%).

The only countries where fewer than half of all citizens prefer self-reliance over external assistance are Cabo Verde (42%), Ethiopia (47%), and Angola (49%).

On average, a slight majority (54%) say foreign donors or lenders should allow governments to make their own decisions about how to use the resources rather than applying strict conditions about how the resources may be used. But a significant minority (42%) prefer such strict requirements.

On average, half (50%) want their governments to be free to make their own decisions on democracy and human rights, while almost as many (45%) want assistance to come with these strings attached.

As on the question of conditionality for how resources are used, Tunisians (67%) and Burkinabè (62%) are most insistent on letting their governments take their own decisions.

In contrast, a substantial majority in Gabon (64%) prefer democracy/human rights-based conditionality, as do a majority in Sierra Leone (57%) and pluralities in Côte d’Ivoire, Malawi, Namibia, Cabo Verde, and Angola.