President Nana Addo Dankwa Akufo-Addo cut the sod on Tuesday, July 5, 2022 for commencement of work on the €500 million Manso-to-Huni Valley section of the Western Railway.

Describing it as the biggest single investment for rail development since Ghana gained independence, President Akufo-Addo announced that the project is expected to be completed within 42 months.

Addressing the guests at the sod-cutting ceremony at Manso in the Amenfi Central District, the president lamented that one of the great tragedies of the post-colonial era was how Ghana allowed her railway infrastructure, developed under colonial rule, to deteriorate to the point of decay.

According to the president, out of the 947 kilometres of narrow-gauge rail network bequeathed Ghanaians by the colonialists, barely 10% is operational.

Indeed, the only addition to the network has been the 15-kilometre narrow-gauge railway line, built between 2012 and 2017, which runs from Sekondi to Takoradi via Kojokrom.

President Akufo-Addo said that when he assumed office in January 2017, he was determined to change this picture, because he believes that an efficient railway system is critical to the progress and prosperity of Ghana. This is why he re-established the Ministry of Railways Development.

“The ground-breaking event involved in today’s ceremony is an integral part of the series of infrastructural projects lined up to expand the provision of railway services,” President Akufo-Addo said.

“Key amongst the rail projects currently ongoing is the development of a new standard-gauge railway line between the Port of Tema and Mpakadan in the Asuogyaman District of the Eastern Region. This project has reached an advanced stage of completion, and will soon be handed over to the government for operation,” the president said.

He also announced that the development of the Western Railway Line is on course, with the 22-kilometre section of the line from Kojokrom to Manso proceeding steadily and scheduled for completion before the end of this year.

“I am delighted that, even before the completion of this section, I am here today to cut the sod for work to commence officially on the continuation of construction works for the development of the line from Manso to Huni Valley, which covers some 70 kilometres,” President Akufo-Addo added.

The Manso-to-Huni Valley project includes conversion of the dual-gauge tracks running between Takoradi and Kojokrom from narrow to standard gauge.

The construction of a new, eight-kilometre, standard-gauge rail line within Takoradi Port to Takoradi Station will create a continuous standard-gauge connection from the port to the Nsuta bauxite mines and other mining sites, and will help facilitate the haulage and export of minerals.

These projects, among several in the pipeline, which will commence soon, the president said, and they “confirm the depth of commitment of my government to establishing a modern railway system in our nation. The government is committed to securing additional resources to complete the expansion of the new standard-gauge rail network in the country, in line with the Railway Master Plan.”

President Akufo-Addo commended the Ministry of Railways Development, the board, management and staff of the Ghana Railway Development Authority, and the Ministry of Finance for collaborating to raise the funds required for implementation of the project.

The president also addressed a growing phenomenon that is retarding progress and efforts by the government in the railway sector.

“Apart from the activities of illegal mining, which is having a negative impact on the development of the right of way, particularly within the corridors of Manso and Amantin in the Tarkwa Nsuaem Municipality, leading to the modification of project designs and higher construction costs, some unpatriotic saboteurs in our communities have chosen to steal components of the railway system, including the tracks,” President Akufo-Addo noted. “This is exceptionally worrying, and of great concern to the rest of us Ghanaians.”

The president sounded a strong word of warning to the perpetrators of such criminal acts that the law will take its course, and appropriate sanctions and punishment will be meted out to offenders. 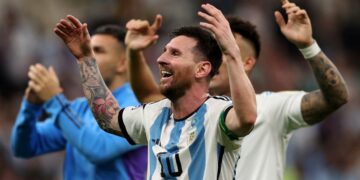