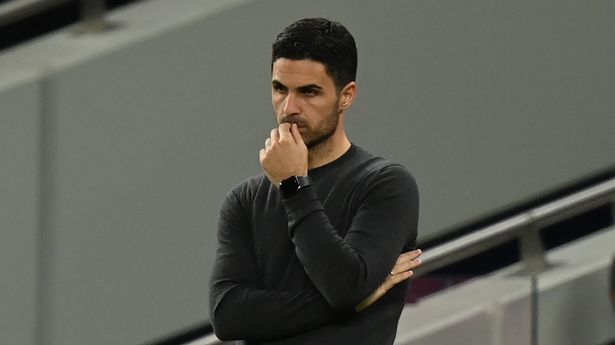 Arsenal are still planning to spend big this summer, despite the fact that they are unlikely to qualify for next season’s edition of the Champions League.

The Telegraph reveal that the Gunners are hoping to improve the squad and will still target the same players.

The club are prioritising a striker and have Gabriel Jesus, Jonathan David, Tammy Abraham, Dominic Calvert-Lewin and Moussa Dembele on their shortlist.

Elsewhere, Youri Tielemans, Ruben Neves and Florian Grillitsch are being touted as midfield options, while Scotland’s Aaron Hickey has been identified as a potential signing at full-back.

Arsenal will be offered the opportunity to sign Barcelona centre-back Samuel Umtiti this summer.

The World Cup-winning defender is no longer wanted at the Camp Nou and Arsenal have been long-term admirers of Umtiti.

The Star states that Barcelona are hoping Arsenal manager Mikel Arteta could fancy taking a punt on Umtiti due to recent defensive performances, which have seen the Gunners drop out of the Premier League’s top four.

The report reveals that Arsenal will be in the market for defensive depth, even though William Saliba is set to return from a loan spell at Marseille.