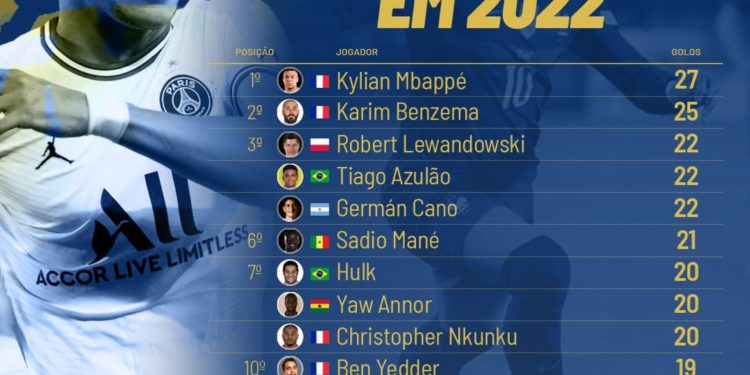 Yaw Annor has been named in FIFA’s list of top 10 goal scorers in 2022 after his spectacular performance in the just-ended 2021/2022 Ghana Premier League season.

The Ashantigold playmaker finished the 2021-22 Ghana Premier League as the top scorer with an eyewatering 22 goals, equaling a long-standing record set by former Hearts of Oak striker Ishmael Addo.

In a photo shared on Twitter and sighted by NorvanReports, Yaw Annor was ranked in the top 10 goal scorers in 2022, ahead of Frenchman Wissam Ben Yedder and Real Madrid Academy graduate, Pablo Sarabia.

Annor scored twice in his side’s 2-2 draw on Sunday afternoon. The goals were his 21st and 22nd of the season, beating Kotoko’s Mbella Etouga who scored 21 goals in his debut season.