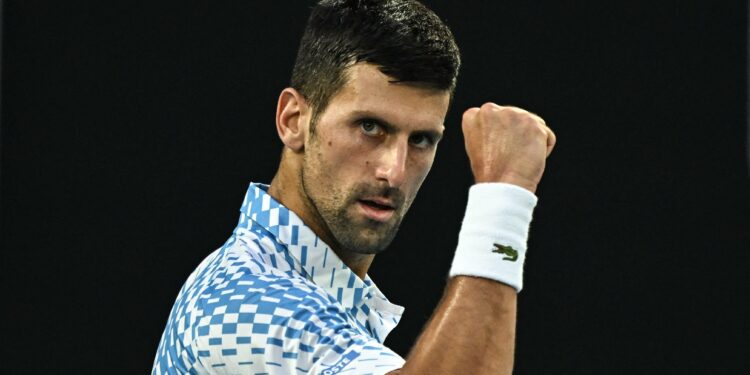 Novak Djokovic displayed a typical merciless masterclass to crush home favourite Alex de Minaur and advance to the quarter-finals of the Australian Open.

The Serbian took just two hours and six minutes to storm to a 6-2 6-1 6-2 victory at the Rod Laver Arena, showing few signs of discomfort despite being plagued by a hamstring issue throughout the tournament.

De Minaur managed to hold in his opening two service games, but Djokovic’s brilliance soon came to the fore as he won the next nine games on the bounce to establish a healthy advantage.

Djokovic brought up one match point on De Minaur’s serve, which the Australian saved with a timely ace, but he made no mistake in his next service game to qualify for another Grand Slam quarter-final.

Djokovic will take on Andrey Rublev in the last eight after the Russian saved two match points in a five-set win over Holger Rune, while American pair Tommy Paul and Ben Shelton beat Roberto Bautista Agut and J.J. Wolf respectively.

Seventeen-year-old Linda Fruhvirtova saw her dream run come to an end with a three-set defeat to Donna Vekic, who will face Aryna Sabalenka in the quarters after the fifth seed battled past Belinda Bencic 7-5 6-2.