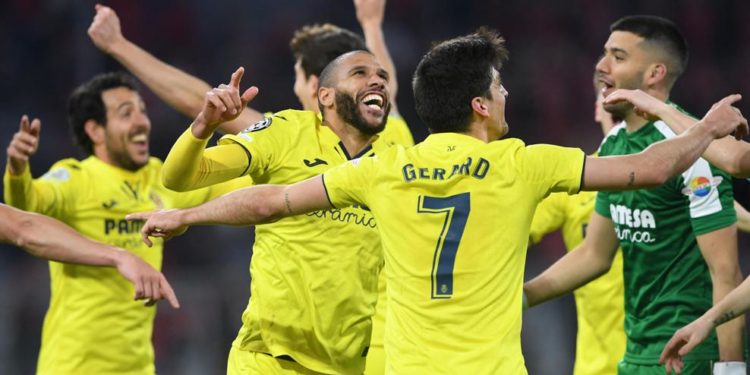 Villarreal’s remarkable UEFA Champions League campaign continues as a resilient back-to-the-wall display set the foundation for a dramatic smash and grab at Bayern München, substitute Samu Chukwueze coming off the bench to complete an electric counterattack with only two minutes remaining.

The onus was on Bayern following last week’s 1-0 defeat in Spain, and the home side took up the responsibility from the off, setting up camp in the Villarreal half. Yet for all their intent the Bundesliga champions reached the interval with little in the way of meaningful chances to show for it.

Much of the credit went to the visitors’ yellow wall, but one lapse seven minutes into the second period and all the good work was undone as Kingsley Coman capitalised on a loose pass out of defence. The ball was recycled through Thomas Müller and then Lewandowski, who coolly applied the clinical finish.

Villarreal continued to believe that they could be behind another giant killing, and they managed to do just that. Samuel Chukwueze stepped off the bench and ended up grabbing the tie’s winning goal, appearing in the 88th minute and just as the game looked destined to go all the way to extra time.

Villarreal, despite sitting seventh in LaLiga Santander, now await to see if Real Madrid and Atletico Madrid can join them in the semi-finals.