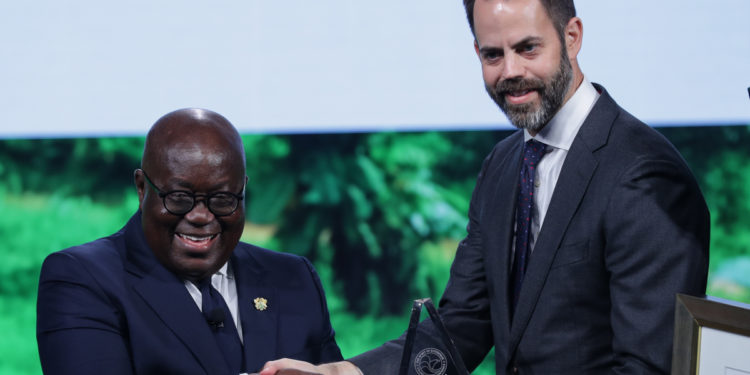 President of the US – Africa Business Center and the US Chamber of Commerce, Scott Eisner, has advised government to be careful in how it deals with the country’s rising inflation and public debt.

Speaking at the US – Ghana Business Forum on Thursday, June 16, 2022, Mr Eisner encouraged government to work on restructuring the country’s debt to make the economic environment more accessible for investors.

“While we’re addressing the monetary challenges in our own our own markets where inflation is truly hitting home, we also understand that there are many challenges here and we really do encourage the government to think through how it addresses its inflationary problems and debt crisis which many government s around the world have said is alarming and are trying to restructure their debts to make their economic environment more accessible for investors.

“So we do really encourage the government to work with private sector (private creditors) to deal with this looming debt crisis,” said Mr Eisner.

Ghana’s debt to GDP currently stands at 78% which tin monetary terms translates into some GHS 391.9bn.

Accounting for the chunk of the country’s public debt was domestic debt which has now increased to GHS 189.9bn from the GHS 181.9bn recorded in January 2022.

The country’s debt to GDP ratio is above the 70% debt-to-GDP maximum threshold, thereby putting the country at risk of debt distress.

With regards to the country’s inflation, current headline inflation stands at 27.6%, the highest in 18 years – since 2004.

Ghana’s headline inflation for the month of May 2022 jumped by 400 basis points [4%] reaching 27.6%, mainly on the account of food and transport inflation.

This is from the previous 23.6% inflation rate recorded for April 2022.

According to the Governor of the Bank of Ghana (BoG), Dr Ernest Addison, the country’s rising inflation rate is expected to taper towards the end of this year (2022).

The US – Ghana Business Forum is a 3rd high-level meeting between US and Ghanaian Government Officials and Businesses aimed at deepening diplomatic and commercial partnerships between Ghana and the United States for successful implementation of the African Continental Free Trade Area agreement.

The Forum is line with the drive by the AfCFTA Secretariat to engage the private sector, the African diaspora and other strategic partners for the effective and successful implementation of the agreement.

The AfCFTA is the world’s largest free trade area covering 1.3 billion people and with a GDP of $3bn.

The AfCFTA presents a window for African countries and its trading partners to take advantage of the many trade and investment opportunities created.