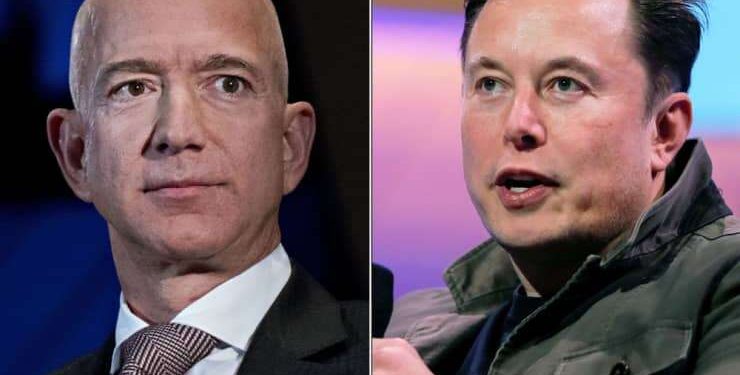 The U.S. Court of Federal Claims ruled against Jeff Bezos’ Blue Origin on Thursday in the company’s lawsuit versus NASA over a lucrative astronaut lunar lander contract awarded to Elon Musk’s SpaceX earlier this year.

Federal Judge Richard Hertling sided with the defense in his ruling, completing a monthslong battle after Blue Origin sued NASA in August.

NASA said in a statement that work with SpaceX will resume “as soon as possible” now that the ruling has been issued.

“There will be forthcoming opportunities for companies to partner with NASA in establishing a long-term human presence at the Moon under the agency’s Artemis program,” the agency added.

A Blue Origin spokesperson said in a statement to CNBC that the company’s lawsuit “highlighted the important safety issues with the Human Landing System procurement process that must still be addressed.”

Bezos personally added in a tweet that the ruling was “not the decision we wanted,” but noted that “we respect the court’s judgment” – implying that his company will not appeal the decision further.

SpaceX did not respond to a request for comment on the ruling.

Musk, in a tweet replying to CNBC’s report on the ruling, posted a photo from the 2012 movie “Dredd.”

NASA in April awarded SpaceX with the sole contract for the agency’s Human Landing System program under a competitive process. Worth $2.9 billion, the SpaceX contract will see the company use its Starship rocket to deliver astronauts to the moon’s surface for NASA’s upcoming Artemis missions.

SpaceX was competing with Blue Origin and Dynetics for what was expected to be two contracts, before NASA only awarded a single contract due to a lower-than-expected allocation for the program from Congress.

Blue Origin quickly protested the decision with the U.S. Government Accountability Office, but the GAO in late July denied the company’s appeal – leading Bezos’ space company to escalate its legal action. Bezos is also the founder of e-commerce giant Amazon.

A redacted version of Blue Origin’s lawsuit revealed the company’s complaint focused on proving that NASA wrongly awarded the contract to only SpaceX and “disregarded key flight safety requirements” in the process.

Hertling’s ruling dismissed Blue Origin’s claims. The court’s opinion is currently sealed, as the case contains information proprietary to the companies, but the parties were ordered by Hertling to deliver proposed redactions by Nov. 18, to publicly release the opinion.

NASA’s work with SpaceX on the HLS contract was halted during the lawsuit but is scheduled to resume Monday.

The court’s decision, a blow to Blue Origin’s ambitions, comes at a mixed time of success and scrutiny for the company.

Bezos has personally increased his involvement at Blue Origin, after he stepped down as the CEO of Amazon. While the company has flown two successful crewed flights of its suborbital New Shepard rocket to date, Blue Origin has suffered from soaring employee turnover and allegations of safety issues, as well as a “toxic” work culture, by former workers.

But Blue Origin has continued to work toward achieving Bezos’ vision for the company, which is “millions of people are living and working in space to benefit Earth,” especially by moving “industries that stress Earth into space.” Last month Blue Origin announced a private space station called Orbital Reef in partnership with a consortium of space companies, with aims to deploy it in orbit later this decade.