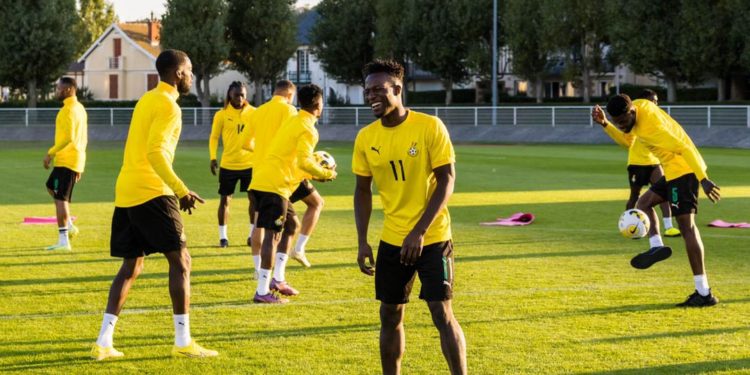 The Black Stars have opened camp ahead of the first international break of the 2022/23 season, holding their first training session in France ahead of Friday’s friendly game with Brazil.

23 players have arrived at camp and all took part in the first training session at Le Stade du Commandant Herbert under the tutelage of head coach Otto Addo and his other assistants.

English-based duo of Daniel Amartey and Mohammed Salisu are expected to join camp on Tuesday so as young striker Felix Afena-Gyan and goalkeeper Richard Ofori.

The team which now had five debutants is looking to get themselves acquainted with one another and also prepare adequately for the Brazil game and subsequently the World Cup which is scheduled for November this year.

The friendly against the South American giants is slated for Friday, September 23, at the Stade Oceane Le Havre and will serve as a model game for Ghana’s Group H World Cup match against Uruguay.