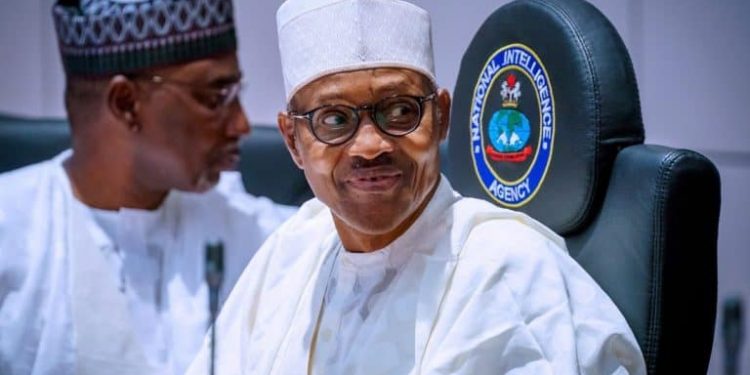 President Muhammadu Buhari has stated that the eNaira could increase Nigeria’s GDP by $29 billion over the next 10 years.

This was disclosed during the launch of the eNaira held on Monday at the State House in Abuja, where the governor of the Central Bank of Nigeria (CBN), Godwin Emefiele, and other dignitaries were in attendance.

The digital currency has two applications; speed wallet and eNaira merchant wallet, which were launched on the Google Playstore and Apple Store.

What President Buhari is saying

President Buhari said, “estimate suggests the adoption of new CBN digital currency is estimated to increase Nigeria’s GDP by $29 billion over the next 10 years.

“We have become the first country in Africa and one of the first in the world to introduce a digital currency to our citizens.”

Other countries like China, the Bahamas, and Cambodia have also launched digital currencies.

The President said that the digital currency’s new payment system which has taken four years to crystallise, will drive financial inclusion, serve as a backbone for electronic payment in Nigeria and also enable the movement of more people from the informal to the formal sector, hence scaling up the tax base of the country.

He also stated that the eNaira would increase remittance, improve cross border trader and push more people from the informal sector to the formal sector in order to drive financial inclusion.

After much anticipation, the Central Bank of Nigeria’s digital currency is now live and available for download as Nigeria takes the lead as the first country in Africa with a working Central Bank Digital Currency (CBDC).

After a previous postponement, the CBN has finally launched the digital currency.

The move is coming months after the Central Bank barred banks and financial institutions from dealing in or facilitating transactions in cryptocurrencies.

Central Bank of Nigeria (CBN) Governor Godwin Emefiele has said the eNaira would operate as a wallet against which customers can hold existing funds in their bank account.

“The eNaira therefore marks a major step forward in the evolution of money and the CBN is committed in ensuring that the eNaira, like the physical Naira, is accessible by everyone,” the bank said in a statement.