Campaign to stop government from taking on more loans launched 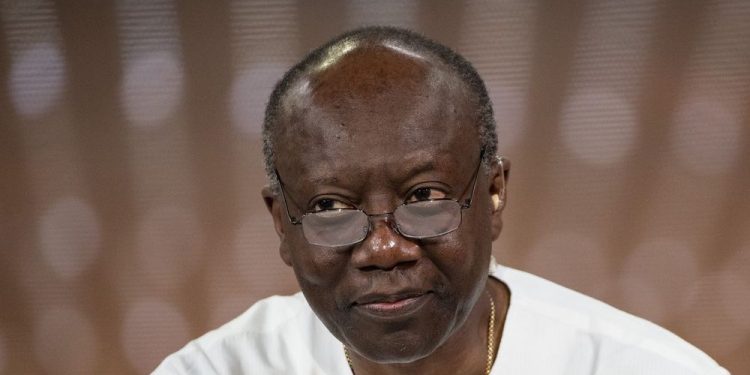 A campaign to prevent government from taking on more loans particularly through the issuance of debt-instruments – Eurobonds – on the international capital market has been launched.

The campaign dubbed STOP BORROWING CAMPAIGN is fast gaining grounds on social media with a ‘digital petition’ requesting for some 1,000 signatories being circulated.

In the petition sighted by norvanreports, the group behind the campaign argues that Ghana is presently overburdened with loans as total revenues plus grants to government is able to only service loan principals and interest payments, leaving nothing for investment to improve the welfare of citizens.

Adding the cost of projects to which the loans are applied are exaggerated, creating room for corruption.

The group, making a comparison of Ghana’s debt burden in 2004 to 2021, averred that Ghana in 2004 with a debt-burden of some $4 billion was declared HIPC (Highly-Indebted Poor Country) and subsequently granted debt-forgiveness to start on a clean slate.

But since 2004 till date, the country’s debt has multiplied 10 times as Ghana now owes some $40 billion to international creditors.

Currently, Ghana’s debt as a percentage of Gross Domestic Product (GDP), has reached 74.1 percent and is further expected to go beyond 80 percent end-2021.

The projection in an elevated debt-path for Ghana, follows a Medium-Term International Capital Market Programme aimed at raising $5 billion to support growth-oriented expenditures in the 2021 Budget, conduct liability management including refinancing domestic debt and a buyback of some selected outstanding Eurobonds. This is aside some anticipated costs to be incurred due to Covid-19.

Indeed, Ghana successfully issued a $3 billion Eurobond a couple of weeks ago which was oversubscribed two times.

Read and find below, a link to the group’s petition

Ghana is presently overburdened with loans. The total revenues plus grants to government can only service loan principal and interest payments, leaving nothing for investment to improve the welfare of citizens

Additionally the costing of projects to which the loans are applied are exaggerated, creating room for corruption. The YOUTH needs jobs, importation and borrowing should be reduced!

Ghana had previously been declared HIPC, Heavily Indebted Poor Country, and over USD 4billion of Debt was forgiven to give the country a clean slate. Now we have borrowed over 40 billion dollars. Due to the large YOUTH unemployment, with little domestic production, the country is import-dependent

With high unemployment, the tax base has shrunk, rendering Govt incapable of generating enough revenue to service its domestic civil service salaries and loan and interest payments to local and foreign lenders