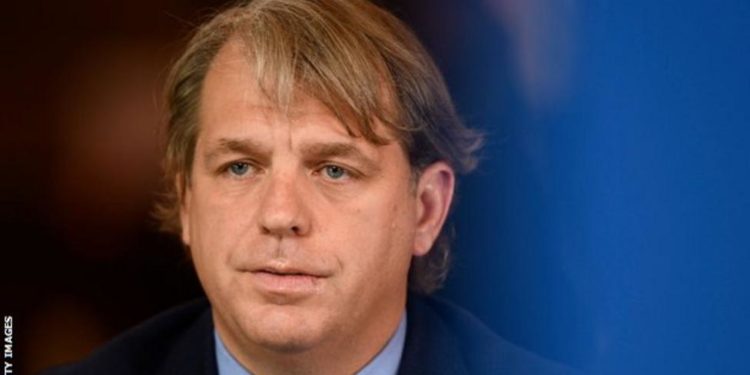 Ministers are worried a £4.25bn deal to buy Chelsea may be at risk of “falling apart” due to a lack of consensus with the club over the proceeds of any sale, the BBC has learned.

According to a UK government insider, there is now “alarm” in Whitehall that the takeover of the European champions could be “timed out” if deadlines are not met.

Chelsea have agreed terms on a deal with a private-equity funded consortium led by US investor Todd Boehly, co-owner of the LA Dodgers baseball team.

The club was put up for sale before owner Roman Abramovich was sanctioned for his alleged links to Russian president Vladimir Putin following the invasion of Ukraine.

However a senior Whitehall source revealed there was now “serious concern” that the oligarch was “willing to let Chelsea go under” over an alleged “refusal to agree to a sale structure that gives ministers confidence that proceeds would go to a good cause”.

The government version of events was disputed by sources close to Abramovich when approached. Chelsea have also been approached for comment.

Chelsea are operating under a special licence from the UK government which expires on 31 May, and any takeover requires the approval of ministers and the English football authorities.

Abramovich has said he has not asked for a £1.6bn loan to Chelsea to be repaid when the club is sold. Earlier this month a spokesperson for the billionaire confirmed he “remains committed” to making sure the proceeds from the sale “go to good causes”.

In a statement put out by Chelsea on 5 May, the Russian’s spokesperson said money from the sale of the club would be “frozen and subject to a legal procedure governed by authorities”, they added “there funds are still earmarked” for a charitable foundation.

However, the government insider said approval was being hindered by the club’s “complicated” ownership structure, with parent company Fordstam Ltd owing £1.6 billion to Jersey-based Camberley International Investments, a company with suspected links to Abramovich.

“Two big sticking points remain – where exactly the proceeds of the sale will be held, and what legal guarantees government will be given about the money going to good causes,” they said.

“Essentially, despite committing to all proceeds going to good causes in public, Abramovich seems unwilling to give the same legal commitments, which would have backed up his public statements of about a week ago, that in the deal neither he nor his affiliates could basically try and stake a claim to that unpaid debt between Fordstam and Camberley.

“A deal which would allow the cash to be diverted during the deal would be a breach of sanctions and is seen as a red line for ministers.”

The source added: “There are deadlines at the end of this month and the start of June, which would either see the club booted out of European competition or the Premier League entirely. But a good chunk of the sale needs to be done this week or next.”

It is understood any sale would need to be completed by early June when the Premier League meets to grant clubs the licenses needed to compete next season.

The government is understood to have proposed a two-stage process where the money from any sale would be held in a managed ‘escrow’ account, and only released once it is satisfied that a charitable foundation is ready.

A source close to the Boehly consortium told the BBC: “The consortium is committed to buying Chelsea and contributing to the success of English football.

“They are delighted that their plans have been accepted by the club, and welcome the constructive conversations they’ve had with the government and football authorities.

“The proceeds of the sale are a matter for the seller and the government to resolve.”