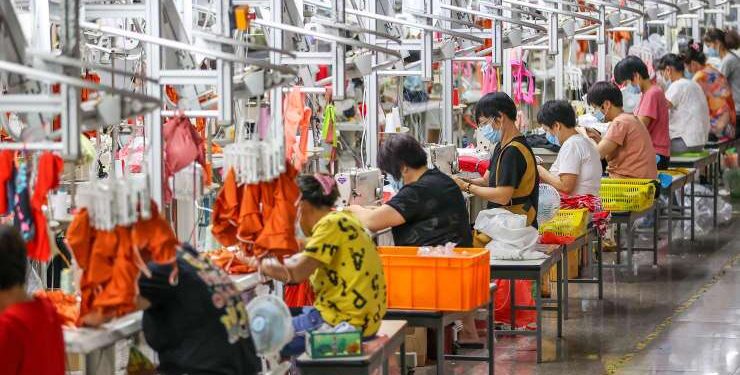 Beijing has been urged to implement more supportive policies amid risks and uncertainties surrounding the pandemic, consumption and financial vulnerabilities, the International Monetary Fund (IMF) said on Friday.

“China’s recovery is well advanced, but it is unbalanced and the momentum is slowing, even as downside risks are accumulating,” said Geoffrey Okamoto, the IMF’s first deputy managing director.

“To secure growth that is balanced, inclusive and green, macroeconomic policies need to be supportive,” he said.

The Washington-based organisation estimated in its October edition of the World Economic Outlook that China’s gross domestic product (GDP) will grow by 8 per cent this year and 5.6 per cent for 2022. The estimates were each lowered by 0.1 percentage point from the July edition.

Market sentiment has turned weak, as Evergrande’s debt crisis triggered an outcry over growth in the property market, which accounts to nearly a third of the country’s fixed-asset investments and more than 7 per cent of the national GDP.

Meanwhile, power outages have dampened industrial production while the coronavirus Delta variant has been plaguing cities such as Dalian and Zhengzhou.

US investment bank Morgan Stanley has warned that China’s fourth-quarter GDP growth could fall to 3.3 per cent, which would drag down the two-year average growth rate to 4.9 per cent from 5.2 per cent in the first three quarters and below China’s growth potential.

The IMF said property deleveraging and a regulatory tightening on big tech companies have increased policy uncertainties, and financial risks should be addressed in a clear and coordinated fashion.

“The slowdown is attributed to the rapid withdrawal of policy support and the lagging recovery of consumption amid recurrent Covid-19 outbreaks and lockdown measures,” the IMF added.

Meanwhile, they said, China’s monetary policy should be accommodative, given low core CPI inflation and still significant economic slack, referring to resources in the economy that are not used.

China’s producer price index for October rose 13.5 per cent year on year – the highest in more than two decades. Consumer inflation reached a one-year high of 1.5 per cent but remains still well under the annual control target of 3 per cent.

Declining productivity growth, increased decoupling pressure with the United States, and a shrinking workforce were deemed longer-term headwinds to China’s growth, while re-accelerating structural reforms was said to be key to raising productivity and sustaining high-quality growth in the long run.

“Simultaneous implementation of additional key reforms – including a further opening up of domestic markets, reforming state-owned enterprises, and ensuring competitive neutrality with private firms while promoting green investment and strengthening social protection – will support the transition to high-quality growth,” the IMF added.