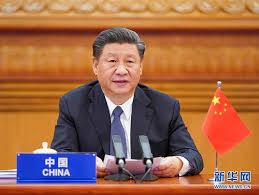 Chinese President Xi Jinping said China will import more than $22 trillion (£17 trillion) worth of goods over the next decade.

Making the assertion, President Xi called for a more constructive approach to an open global economy, and hit out at “protectionism.”

He also said China would accelerate efforts to reopen its economy after largely bringing Covid-19 under control.

China is the only major economy to grow this year.

“The Chinese economy is steadily picking up, as evidenced by the growth in the first three quarters,” he said.

President Xi made the comments on Wednesday in a video appearance at the China International Import Expo in Shanghai.

“China is the world’s largest market with the greatest potential,” he added.

The Chinese President also called for a more co-operative approach to international trade.

“The overwhelming trend for countries to move towards openness and co-operation remains unchanged.”

Foreign businesses and governments have long criticised what they regard as weak intellectual property protections and an uneven playing field for foreign companies in China.

The comments came as a Presidential election in the US – China’s largest trade partner – remained too close to call.

China has had a contentious relationship with the US President Donald Trump over the past four years, with both sides ratcheting up tariffs on imported goods.

It’s unclear if Democrat candidate Joe Biden would make major changes to trade policy, but both US parties have been critical of Beijing’s trade policies.