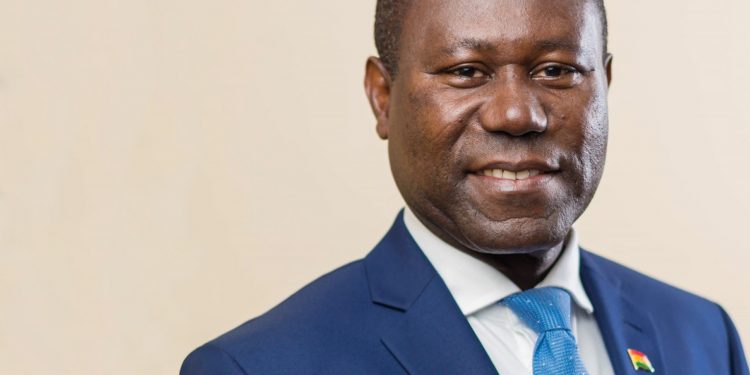 Management of the Ghana Cocoa Board (COCOBOD) has denied media reports of mass layoffs of employees next year.

In a circular issued on Friday, December 4, 2020, COCOBOD noted the allegations and reasons mentioned in the reports were “outright lies fabricated by persons seeking to create disaffection for management.”

Contrary to reports that it is unable to pay its staff hence the planned mass layoffs, COCOBOD noted that “owing to prudent management of its finances, it is fiscally sound and does not need to layoff employees to avoid a ‘financial collapse’.”

Read details of circular below:

Ghana Cocoa Board-1 by Fuaad Dodoo on Scribd

Find below the media reportage alleging mass layoffs at COCOBOD

Top management members at the Ghana Cocoa Board (COCOBOD) have hinted that thousands of staff would likely be laid off next year as cocoa production keeps declining.

A management member, who wants to remain anonymous for now, explained that with the decline in production, there cannot be a turnaround in the organization’s administrative cost overrun if COCOBOD maintains the huge number of staff employed across board.

This development has put COCOBOD’S Management in a difficult position as they defer the decision being mindful of the political repercussions, especially with the 2020 general elections in focus.

Staff who have gotten wind of the impending lay off are worried and agitating quietly especially those who have spent over five years at COCOBOD as our sources say they would be targeted for the layoff.

COCOBOD’S permanent staff strength is about 12,574 in addition to contract staff who are over 14,758. Majority of the contract staff have been engaged as spraying gangs, hand pollinators, disease spotters, among others.

Meanwhile, sources say some of the staff who may survive the massive lay off at COCOBOD would be shipped to the Ministry of Food and Agriculture (MoFA) as was done under former President Kufuor’s regime to streamline its operations to save it from financial collapse. This exercise is not farfetched but the only immediate challenge is the current political climate.

A few months ago, Bloomberg reported that COCOBOD is having a hard time paying debt owed purchasing agents after the coronavirus pandemic slowed exports and sales.

Also, it is not clear when production in the country will peak as the current situation appears to have been compounded by the deadly coronavirus pandemic.

Moreover, a Reuters poll of London cocoa futures in August forecast that cocoa would cost 10% less at the end of the year, because of rising production and a hit to demand from the coronavirus crisis.

COCOBOD is said to be overstaffed now because the current administration at COCOBOD was compelled to employ more persons affiliated to the governing party when it came to power.

Meanwhile, COCOBOD has received approval from parliament for US$1.3 billion dollars for the purchase of estimated 900,000 tonnes of cocoa beans for 2020/21 crop season.

It is instructive to note, a management member pointed out, under the erstwhile National Democratic Congress (NDC) administration, COCOBOD supported cocoa production with supply of free seedlings, free fertilizers and chemicals to farmers, among other notable interventions.

The source commended Dr Opuni for presiding over a meritorious staff training, promotion and benefits including but not limited to staff housing projects and massive disbursement of car loans.

This according to sources is of major concern to farmers and they are very much unhappy about it. The farmers are agitating for a return to the free fertilizer distribution regime as was done under the erstwhile NDC administration.

It is emerging that COCOBOD’S much-touted hand pollination exercise failed to yield the expected results and it is dawning on key industry players that millions of cedis in investments have been wasted in the light of declining cocoa production.

COCOBOD is in financial crisis growing from financial imbalance grounded in unsustainable financial management and control.

Some staff fear COCOBOD could suffer the same fate as it happened to some banks during the financial sector crisis.