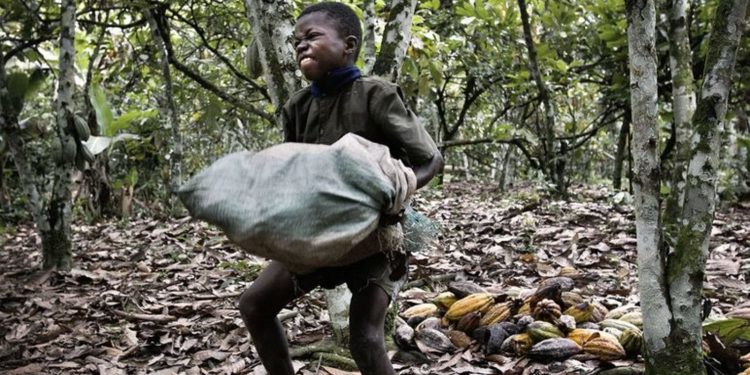 The Ghana Cocoa Board (COCOBOD) has reiterated its commitment to eliminating child labour across the cocoa value chain in the country.

The reiteration of the regulator’s commitment to solving the menace, is in reaction to a documentary titled “Children in Cocoa Labour.”

In a briefing, the regulator noted that as apart of its sustainability agenda, it has adopted a policy of zero tolerance of child labour as an important component of COCOBOD.

It therefore called for closer collaboration and consolidation of efforts to help achieve the zero tolerance for child labour goal.

The documentary showed that there were yet some criminal elements – particularly in the Ashanti and Western North Regions – set on defying the government policy and undermining the serious efforts of COCOBOD to eradicate child labour in cocoa production.

To this the regulator noted that it has alerted the police to arrest persons involved in the illegal act.

Read: Emirates Airlines to resume Dubai-Accra-Dubai flights on this date

“We have reported the situation to the Police and some arrests have been effected in the Ashanti and Western North Regions. All suspects and person of interest are currently going through legal processes,” noted COCOBOD.

“COCOBOD and the government have taken a strong stance against child labour of any kind and condemn any act which undermines the efforts aimed at ensuring sustainability in the cocoa industry.

.”Any case of child labour also has a negative impact on the reputation of the country on the international stage,” it added.

COCOBOD stressed that it has over the years have introduced various anti-child labour programmes and interventions to sanitize the industry with some of them being the implementation of the child labour free zones concept, training of labour officers on child labour issues, formation and training of District child protection committees, harmonizing the Ghana Child Labour Monitoring System among others.