Competition between DStv and StarTimes turns ugly in Tanzania 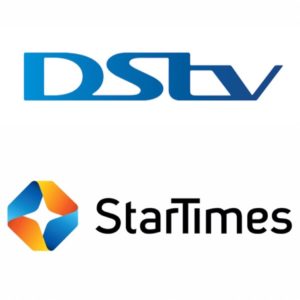 Competition between DStv and StarTimes turns ugly in Tanzania

Competition among Pay Television (TV) service providers is taking a nasty turn in Tanzania as operators now accuse each other of embarking on fishy dealings to sabotage one another.

MultiChoice Tanzania Limited, the service provider for the DStv brand, said last week that some individuals – working under the directive of officials and principals – have engaged in criminal and anti-competitive conduct which aims at sabotaging DStv operations and market accessibility in Tanzania.

In a statement, which was issued by Hallmark Attorneys on behalf of DStv on Thursday, last week, accused Star Media (Tanzania) Limited which trades under the brand name of StarTimes of the conduct.

However, in a rejoinder, StarTimes said it would issue a comprehensive statement after a thorough analysis of the matter.

“That subject is in the hands of our legal department. It is being worked out, therefore preventing us from giving detailed comments,” said Mr David Malisa, the  StarTimes director of marketing.

“Since DStv has used a law firm in raising the matter, we are also using our legal department so that the two sides can engage in conversation. We will later release a statement on the matter,” he added.

Other conducts are; destroying or otherwise discarding the purchased DStv decoders, so that they are not activated to any DStv consumer and using the DStv branded equipment (dish, LNB, wires and connectors) to install and operate competitor’s paid TV services.

Furthermore, Hallmark Attorneys says that several individuals implicated in the conduct had been arrested, including officers and agents of StarTimes Tanzania under the Police Inquiry No. KTV/IR/890/2022 filed in Katavi Region.

The community, individuals or the company have been warned to immediately to refrain from such conducts, which may land them in trouble.

Furthermore, the legal firm wants the community, individual or company to immediately, within seven days, submit to the DStv office all and any branded (or otherwise) DStv equipment that has been acquired for the purposes mentioned above, including all the previously acquired decoders.

“If you fail to fully comply with the aforementioned conditions, DStv shall pursue stern legal action against you personally and against your principal party/company, and/or officers,” reads part of the statement.