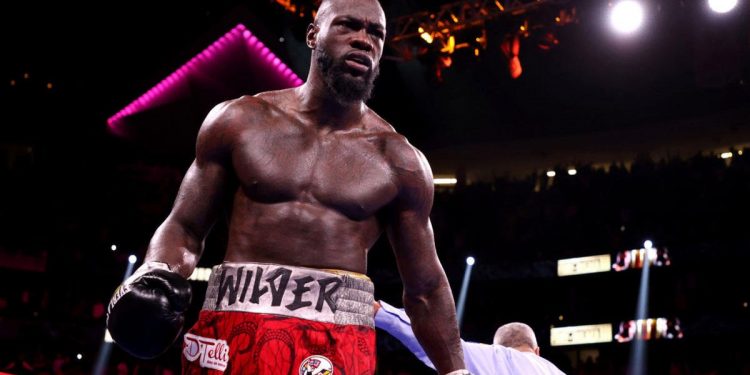 Deontay Wilder said he proved he is a “true warrior and a true king” and congratulated Tyson Fury after his knockout defeat by the British boxer on Saturday’s trilogy fight in Las Vegas.

The 35-year-old was stopped by Fury in the 11th round after twice knocking down the Briton himself in a thrilling third fight between the pair with the former winning one and drawing one.

“I would be lying if I said that I wasn’t disappointed,” said Wilder.

“I’ve learned that sometimes you have to lose to win.”

In a post on Instagram, the American added: “Hopefully, I proved that I am a true Warrior and a true King in this sport. Hopefully, WE proved that no matter how hard you get hit with trials and tribulations you can always pick yourself up to live and fight again for what you believe in.”

Wilder also congratulated Fury for the first time since Saturday’s fight. He said: “Last but not least I would like to congratulate @gypsyking101 for his victory and thank you for the great historical memories that will last forever.”

After maintaining his WBC world heavyweight title, Fury said: “I thought we fought it all out there and all the allegations that they made towards me throughout the build-up of this fight, and we fought like two warriors in there.”

“I went over to shake his hand and say well done and he was like ‘No, I don’t respect you’. How can you say I’ve cheated when you know in your own heart and your full team knows that you just got beaten fair and square.”