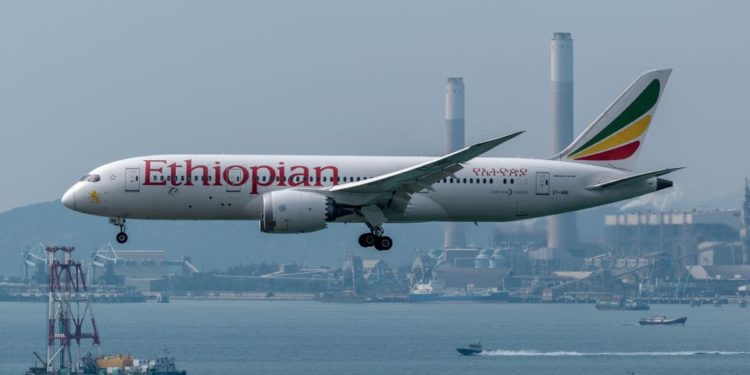 Ethiopian Airlines probably gets more attention for its European and North American network than it does for South, Southeast, and North Asia. After all, Western markets accounts for two-thirds of its non-Africa and Middle East flights from many more routes. But that is just part of the story.

There’s no question about it. While Asia remains down, especially because of China, Asia-Africa is an important market for the Star Alliance member.

In 2019, when things were normal, Ethiopian Airlines was the leading airline between the two continents (excluding the Middle East). Booking data shows that it had about a quarter of the eight million plus passengers carried, more than any other airline, including Emirates via Dubai.

While the Indian city of Chennai has been served for freight, it’ll join Ethiopian’s passenger network on a regular, scheduled basis on July 2nd, the same month that Jakarta returns on a normal basis. And in August, the Philippine capital, Manila, will be served again.

It means that Ethiopian Airlines’ Asia passenger network in August (excluding the Middle East) comprises 13 destinations, as summarized below.

Notice how exceptionally badly affected China, normally its main Asian market, remains. It is still limited to 1x weekly passenger flights per route – and they’re at just 8% of what they were. There’s still no Beijing, with no indication when it’ll return. Elsewhere, there’s no Kuala Lumpur or Singapore.

Normal, regular passenger services from Addis Ababa to Chennai, in the state of Tamil Nadu, take off on July 2nd, the day after writing. At 2,821 miles (4,540km), the route is just 6% short of being considered long-haul. In 2019, over 140,000 people flew between Chennai and Africa.

Notice the schedule, below, with all times local. The aircraft remains in India for 18h 20m. That’s for one reason: to ensure it arrives at its Addis Ababa hub to ensure connectivity to 50+ African cities and to São Paulo. Indeed, for this reason, the vast majority of Ethiopian Airlines’ flights from Asia, the Middle East, Europe, and North America arrive between 05:10-08:00 and leave 22:30-01:30.