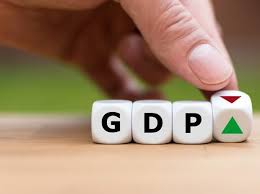 The euro zone economy bounced back in the third quarter as the region profited from a summer period with few social restrictions. However, the focus is now on the final quarter of the year after its two largest economies, France and Germany, announced nationwide lockdowns.

Gross domestic product for the euro zone expanded by 12.7% in the third quarter, compared with the previous three months, according to a flash estimate released by the bloc’s statistics office Friday. Analysts had expected growth of 9.4%, according to Reuters.

The increase — the sharpest-ever on record — marks come back for the region after it contracted by 11.8% in the second quarter. But this momentum is likely to be limited as governments tighten social restrictions once again.

“The euro zone economy came roaring back in the third quarter as lockdowns ended, though a full recovery is still some way off, and a setback now looms in the fourth quarter,” Claus Vistesen, economist at Pantheon Macro, said in a note.

France’s GDP grew by 18.2% between July and September, the country’s statistics office, Insee, said in a preliminary reading. France’s GDP had contracted by 13.7% during the second quarter, which included the first full month (April) of nationwide lockdown in the wake of the coronavirus pandemic.

“The massive increase in French GDP in the third quarter is of no comfort to French policymakers or households, who are now contending with a second national lockdown,” Andrew Kenningham, chief Europe economist at Capital Economics, said in a note.

Despite the improvement during the summer period, “GDP remained well below the level it had before the health crisis,” Insee said. On an annual basis, the third quarter reading came in 4.3% lower from a year ago.

French President Emmanuel Macron announced on Wednesday a second lockdown starting Friday due to a rapid increase in the number of infections over the past weeks. This means that restaurants, bars and non-essential shops are closing once again. However, schools and factories will keep their doors open.

“We now have to contemplate the idea of a double-dip as the economy is knocked back by new restrictions,” Pantheon Macro’s Vistesen added.

In Germany, third-quarter GDP expanded by 8.2% compared to the previous quarter, on the back of more consumption from households, a solid increase in exports and positive activity in manufacturing, the country’s statistics office, Destatis, said.

The German economy had contracted by 9.8% in the second quarter of the year.

“These improvements are about to be washed away by the second wave of Covid-19 and a new round of national lockdowns,” Kenningham also said.

Andreas Rees, chief German economist at UniCredit, agreed: “The likelihood of at least slightly shrinking economic activity in the fourth quarter is high.”

The European Central Bank suggested on Thursday that there will be more monetary stimulus coming to the euro zone. The central bank will revise its economic expectations for the 19-member area in December and will decide then how much more support is needed.

“We have done that in the past: We have responded very promptly, very appropriately, very heavily, some would say, to the first wave that hit the euro area economies. We have done it for the first wave; we will do it again for the second wave,” ECB President Christine Lagarde said on Thursday.

On top of low interest rates, the ECB has lowered costs for banks and created a coronavirus-specific government bond purchase program. The latter is currently set to last until June of 2021 with a total envelope of 1.35 trillion euros ($1.57 trillion).