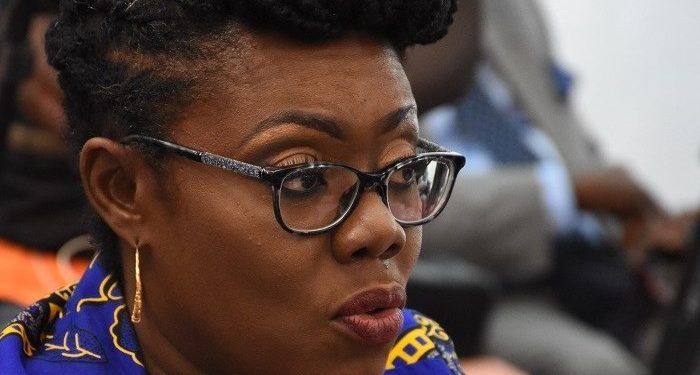 Minister for Communications and Digitalisation, Ursula Owusu-Ekuful has said the National Communications Authority (NCA) disapproval of the takeover of Vodafone Ghana shares by the Telecel Group was due to the latter’s low technical and financial capacity.

According to her, the Telecel Group is a very small operator and will not be able to survive the country’s challenging telecom sector.

“Vodafone notified the President, I think sometime last year of their intention to exit the Ghana market, since they were majority shareholders of the company (70%). They have been through the process of seeking new investor for their 70% shares and identified Telecel as that investor”.

“But Telecel is an ISP, which is working on the African continent, so we were surprised that those were the partners they were bringing forward to us, they brought them claiming that they (Telecel) were the ones that have won the process to acquire their shares.

“But the law requires that they get regulatory approval from the National Communications Authority (NCA), and we’ve had a series of discussions with them. We were concerned that they were very small operator and didn’t have the technical and financial muscle to be able to take on the challenging environment that we have in the telecom sector here in Ghana,” Mrs Owusu-Ekuful said.

She further noted that the Finance Minister, Ken Ofori-Atta, also confirmed his fears after meeting with Telecel.

“They met the finance minister as well and he was also concerned about their financial and technical capacity to run Vodafone, so they went and applied for regulatory approval and the NCA did their assessment and came to the conclusion that they were not suitable,” she added.

Bloomberg last week reported that  Vodafone Plc has agreed a sale of its operations in Ghana to Telecel Group, as the British telecommunications giant looks to refocus on key markets.

The London-listed company will sell its majority stake in Vodafone Ghana to Africa-focused Telecel, subject to certain conditions, a spokesperson for Vodafone said in an emailed statement .

Vodafone entered Ghana in 2008, paying  government US$900 million for 70% of Ghana Telecommunications Co. The government retained a 30% holding in the business.

Founded in 1986, Telecel currently operates in over 30 countries.