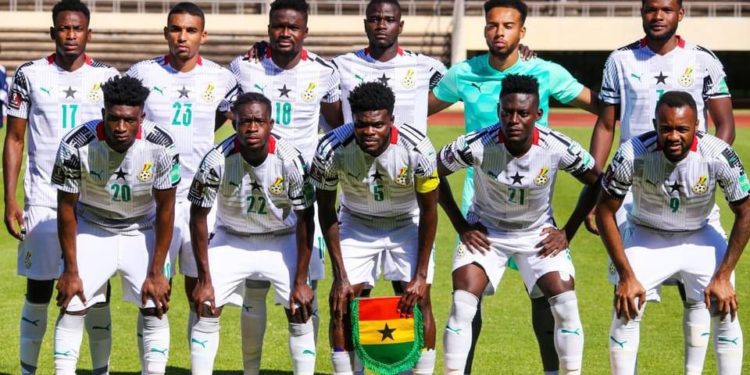 The Black Stars of Ghana maintained their position in the latest FIFA Coca Cola rankings released on Thursday, June 23, 2022 as they were ranked 60th globally and 11th on the continent.

Between the final qualifiers for the FIFA World Cup Qatar 2022™, the UEFA and Concacaf Nations Leagues fixtures, the qualifiers for continental championships in Asia and Africa, and a host of friendly matches, there has been no shortage of international football since the last edition of the FIFA/Coca-Cola World Ranking in March.

A total of 280 international fixtures took place during this period with significant ramifications in the ranking of the 211 countries listed in the global standings, with 177 experiencing movement.

The latest ranking means Ghana has become the least ranked nation at this year’s FIFA World Cup to be staged in Qatar.

The four-time African champions defeated Madagascar 3-0 in their opening AFCON qualifier in Ghana before they were held by lowly Central African Republic in the second game.

The Black Stars finished third at the Kirin Cup tournament, after losing 4-1 to Japan and beating Chile on penalties.

Globally, three months after taking top spot in the FIFA/Coca-Cola World ranking from Belgium, Brazil have widened the gap on their nearest pursuer. Argentina take the last of the podium places at the expense of France, who have paid the price for four games without a win in the UEFA Nations League.

Making progress among the top 10 are Spain (6th), , the Netherlands (8th) and Denmark (10th), while Italy (7th) and Portugal (9th) head in the opposite direction.

With a surge of 11 places, Kazakhstan (114th) made the most progress in this edition. Cuba (167th), Greece (48th), and Malaysia (147th) also made notable gains as Kosovo (106th) and Comoros (126th) continue their ascents to once again achieve all-time ranking highs.

The next FIFA/Coca-Cola World Ranking will be published on 25 August 2022 but the Black Stars of Ghana will be in action in September in a double header against Angola in the AFCON 2023 qualifiers.