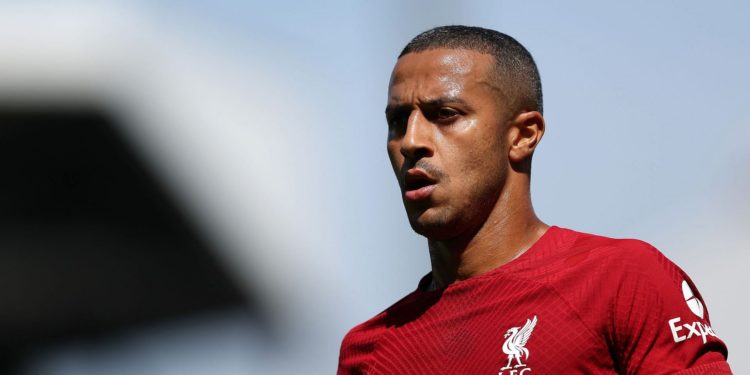 The FIFA World Cup is almost upon us, and Group E can be tricky to predict. The World Cup this year will be held in November and December because it is being hosted in Qatar.

A summer World Cup in the Middle East would be unrealistic given the warm temperatures in the region. Domestic club football will take a break during this period.

Group E has Spain, Germany, Japan and Costa Rica. All four teams have done well in past editions of the competition. In a tricky group like this, even a third-place finish could be crucial in getting a place in the playoffs. Let’s take a look at one key player from each country who will be the focal point for their team.

The Spanish national team has several talented players in their squad. Alvaro Morata, Sergio Busquets and Cesar Azpilicueta, along with others, form an experienced group of players. There are youngsters like Pedri and Gavi but the glue that holds everyone together is Thiago Alcantara

Thiago has enjoyed a great career playing for Barcelona, Bayern Munich, and now Liverpool. Currently, 31, his industrious displays in midfield during his prime have left him injury prone. Spain will hope Thiago is fit by November as his range of passing and intuition makes the team tick. Spain will be one of the favorites to progress through the group, but Thiago will help boost those chances.

Premier League audiences will be familiar with Bryan Ruiz after his brief stint at Fulham. Now 37 years old, Ruiz plays as an attacking midfielder these days. Ruiz has scored 29 goals in 143 appearances for Costa Rica. He is still a consistent performer for his current team LD Alajuelense in Costa Rica.

Bryan Oviedo and Joel Campbell, along with others, will stand out for fans as they form an experienced contingent in this Costa Rican squad. Costa Rica tend to do well in World Cups, but they find themselves in one of the toughest groups. On paper, they probably have the weakest squad out of the four teams. Progress past the group stages will be heavily dependent on the experience of Ruiz and others.

Thomas Müller is 33 years old and has scored 44 goals in 116 appearances for the German national team. As Müller has aged, he has dropped deeper into a second striker role and is more likely to give assists than goals. Germany are one of the favorites to win the World Cup, given the plethora of talent at their disposal.

Timo Werner, Ilkay Gündogan, Antonio Rudiger and Joshua Kimmich are just some of the names that will dominate the starting 11. Müller is a veteran in this team and will play a similar role to that of Miroslav Klose in World Cups. The German national team is known for its mentality and ruthlessness, and Müller, along with Manuel Neuer, will be key for Germany.

There has been an influx of young Japanese talent in European football in recent years. Shinji Kagawa, Keisuke Honda, Maya Yoshida and Yuto Nagatomo used to fly the flag for Japan in Europe. The latter two are still active. Takumi Minamino is now 27 years old and is Japan’s top scorer with 17 goals. The talent in Japan’s team is evenly spread, but Minamino is the most dynamic player of them all.

Japan always tend to do well in the World Cup and are liked by neutrals because they play an exciting brand of football. Minamino, who recently signed for AS Monaco from Liverpool, will hope to lead a talented group of players in the world cup. Japan can cause an upset and even finish above Spain or Germany.