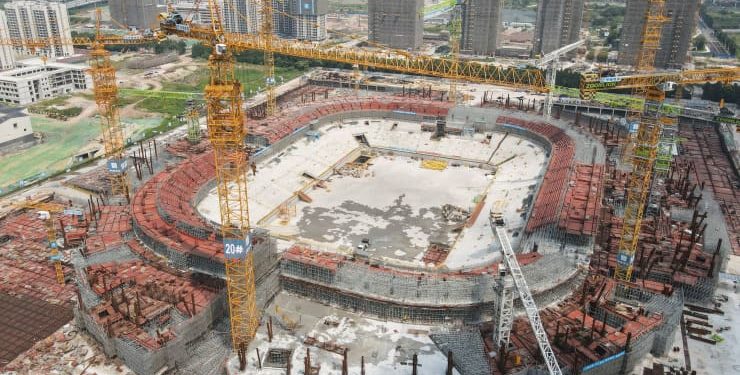 As many as one third of 40 Chinese property developers rated by Fitch Ratings could suffer a cash squeeze in a severe scenario where home sales revenue drops by 30% next year, says the ratings giant.

“The longer the stresses on China’s property sector last, the greater the risk of a loss in consumer confidence,” Fitch said in a Dec. 20 report.

China’s real estate sector has been hit by a debt crisis in recent months as the cash crunch of the world’s most indebted developer Evergrande came to a head. It finally defaulted earlier this month, while other Chinese developers also started showing signs of strain. Some missed interest payments while others defaulted on their debt altogether.

Residential sales plummeted alongside home buyer confidence. Home sales by value dropped 16.31% from last year in November, a fifth month of declines. New home prices fell 0.3% from the previous month, the largest decline since February 2015, according to Reuters.

Chinese developers face $19.8 billion in maturing offshore, U.S.-dollar denominated bonds in the first quarter and $18.5 billion in the second, Nomura analysts estimated in a recent note. That first-quarter amount is nearly double the $10.2 billion in maturities of the fourth quarter, the analysts said.

In the next year, real estate developers are set to face even an higher amount of bond maturities.

Developers rated “B” or lower, in particular, will face rising pressure to repay offshore debt, with maturing or putable offshore bonds in 2022 having higher principal amounts due than in 2021, Fitch said. Putable bonds allows their holders to force the issuer to redeem the bond before maturity.

A “B” rating means there is material default risk, but a limited margin of safety remains.

As the debt crisis unfolded, doubt also arose over the lack of transparency on the true scale of developer liabilities.

“Some distressed credits over the past few months have also cast doubt over the transparency of companies’ disclosures and contingent liabilities,” Fitch said.

One example was Fantasia, which had a private bond not disclosed in the firm’s financial reports that Fitch highlighted in October.

Such hidden debt would include undisclosed debt and guarantees for borrowings of joint ventures, associates and other third parties that allow developers to skirt China’s “three red lines” debt limits, according to Fitch.

That policy places a limit on debt in relation to a firm’s cash flows, assets and capital levels, and is meant to rein in developers after years of growth fueled by excessive debt.

Troubles of developers may bottom soon

Looking ahead, analysts don’t expect the market conditions troubling developers to ease until sometime next year.

Monica Hsiao, founder and chief investment officer at Triada Capital, said she expects to see a “bottoming” for China high-yield bonds, essentially real estate bonds, in the first half of next year.

“Because the market is really waiting to see if the government’s pain threshold for more material policy easing hits, and a lot of the market believes that it’s going to be within the first quarter,” she told CNBC’s “Street Signs Asia” on Friday.

Early this month, investor sentiment in the property sector was buoyed as China’s monetary policy move toward easing. The central bank cut the reserve requirement ratio, or the amount of cash that banks must hold as reserves, for the second time this year – freeing up 1.2 trillion yuan ($282 billion) to boost the economy.

Fitch added that the operating environment for Chinese developers will remain challenging and that a “meaningful recovery in funding and market-access conditions” won’t come until the second half of 2022.