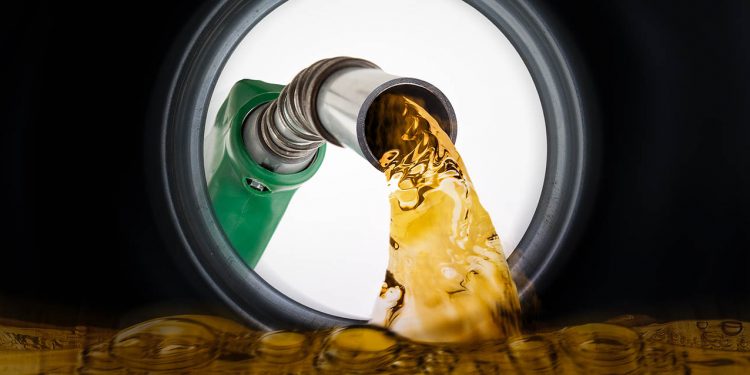 Energy think tank, Institute for Energy Security (IES), has said fuel price increment in the coming days is imminent given the increase in crude price on the international market and depreciation of the cedi.

According to the IES, consumers should remain expectant of a further increase in fuel prices at the pumps – between GHS 0.30 to GHS 0.40 per litre.

The projected increment in fuel price the think tank notes, is to be driven by the 7.42% increase in the price of Brent crude, the 9.46% increase in price of Gasoline, the 8.52% increase in Gasoil price and the 0.3% depreciation of the local currency against the US Dollar.

“The imminent price increases may force some OMCs to sell Gasoline and Gasoil at Gh¢7.00 per litre at the pumps for the first time,” remarked the IES in its assessment of the first pricing-window for January 2022.

The increase in prices was occasioned by the rise in prices on the international market despite government’s extension of the suspension of the Price Stabilization and Recovery Levy (PSRL) on the petroleum price build-up (PBU).

Majority of the Oil Marketing Companies (OMCs) increased their prices at the pump by 2-3%. The current national average price for both products is pegged at Gh¢6.70 per litre, representing 3% increase over the previous window’s.

The IES Market-Scan picked Star Oil, Benab Oil, PetroSankofa, Goodness Oil and Top Oil as the OMCs with the least-priced Gasoline and Gasoil on the local market for the pricing-window under review. Pump prices of these OMCs ranged between Gh¢6.52 and Gh¢6.43 per litre for both products. Conversely, the OMCs with the highest priced products per litre were Total, Shell, Engen, Shell (Vivo) and Puma, selling between Gh¢6.75 and Gh¢6.85 per litre for the two major liquid fuels.

In the just ended Pricing-window, the international benchmark Brent saw a price-rise within the period with prices selling on average at roughly $80.3 per barrel. The price increment represents a 7.42% rise from the previous window’s average price of $74.75 per barrel. Oil prices beginning January 2022 started off on a positive note for oil price bulls with prices beginning the year on first trading day of the year of 3rd January 2022 at $78.98 per barrel and rising to over $84 per barrel in less than 10 days, representing a rise of about 6.7%. Interestingly, the oil market has been bereft of any major market volatilities in the just ended pricing window as had been the case in windows past.

Of all the major happenings, the OPEC+ meeting held on the 4th January 2022 stands out as the most conspicuous industry event in the just ended window that had the propensity of shaking up the market. The meeting concluded with a resolution to stick to the planned output of 400,000 barrels per day.

Contributing to the upward price swing were the partial supply disruptions from the Libyan supply, as well as the Ecuadorian supply. The situation was met by a robust demand that has been exceeding market expectations.

This was following the onset of the Omicron variant of the virus and its expected impact on economic activities and energy demand. That has not been the case as the impact has been minimal than was expected.

The IES Economic Desk’s data monitored from the foreign exchange (Forex) market shows that the Ghanaian Cedi depreciated further against the U.S. Dollar by a marginal 0.3% on average terms in the first pricing window of January to close trading Gh¢6.26 to the US Dollar from the previous window’s rate of Gh¢6.24 to the US Dollar.

On the back of the 7.42% increase in the price of Brent crude, the 9.46% increase in price of Gasoline, the 8.52% increase in Gasoil price and the 0.3% depreciation of the local currency against the US Dollar; the Institute for Energy Security (IES) informs consumers to remain expectant of a further increase in fuel prices at the pumps, between Ghp30 to Ghp40 per litre. The imminent price increases may force some OMCs to sell Gasoline and Gasoil at Gh¢7.00 per litre at the pumps for the first time.