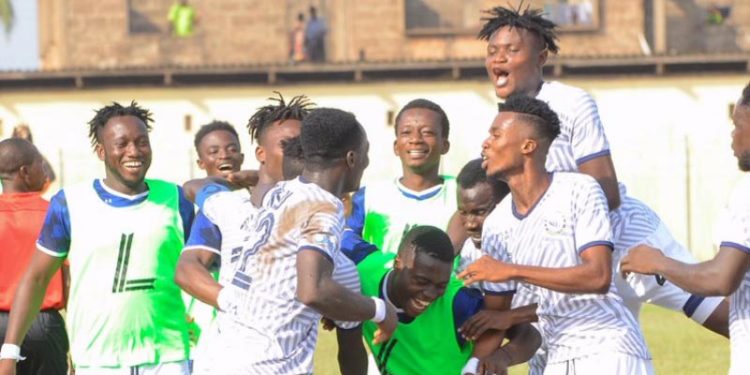 Berekum Chelsea recorded a 2-0 win over Medeama SC in the GHALCA Top Six Group B match-day one game on Thursday afternoon.

The Berekum based Premier League outfit started the game with positive energy as they got things running six minutes into the game. Haruna Shaibu brilliantly fetched the opener for Berekum Chelsea after making a good use of pass delivered into Medeama’s 18-yard box by Collins Ameyaw.

On the stroke of halftime, Chelsea’s goalkeeper Gregory Sekyere made a magnificent save to deny Zakaria Mumuni of Medeama from drawing parity.

Back from recess, Berekum Chelsea continued their dominance which led to the second goal to register another goal.

Mizak Afriyie registered his first-ever goal for Berekum Chelsea to give them a 2-0 lead which they held onto to bag all three points.

Berekum Chelsea are now top of Group A following the victory over Medeama.  Both teams will now face reigning FA Cup champions Hearts of Oak in the other group games to determine who qualifes out of the group.