Ghana: Domestic air travel up by 31% 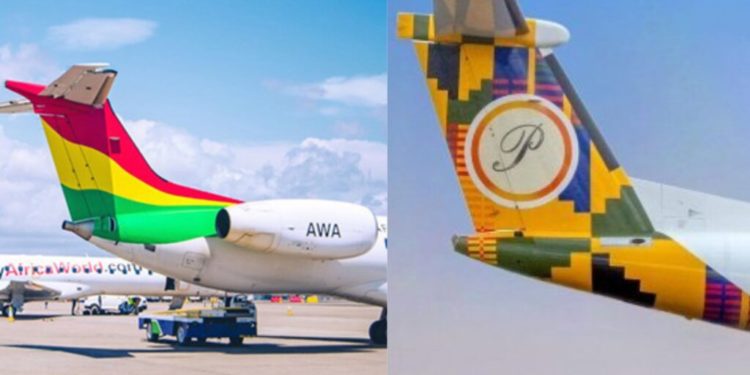 Ghana: Domestic air travel up by 31%

Air travel within the country has increased by 31.15 per cent in the first six months of the year.

This indicates a strong rebound of the domestic aviation industry from the impact of the coronavirus (COVID-19) pandemic.

The rise in throughput was seen from 334,541 passengers recorded in the first half of 2021 to 438,739 domestic travellers for the same period this year.

It is the highest increase seen between January and June for domestic air travel in the country.

Experts have attributed the growth to strong consumer confidence in the aviation industry, which is hinged on safety, reliability and affordability.

The travellers were airlifted by Africa World Airlines (AWA) and Passion Air to and from Accra to the five regions with airports — Northern (Tamale), Ashanti (Kumasi), Western (Takoradi), Volta (Ho) and Upper West (Wa).

The data further indicated that while arrivals were 221,390 passengers, departure numbers stood at 217,349 travellers.

There was a halt in domestic air operations in Ghana between March 30 and April 20, 2020 as part of measures by the government to curtail the spread of COVID-19.

An international aviation expert, Sean Mendis, in an interview with the Graphic Business on September 11, observed that the huge increase in demand had forced domestic airline operators to build capacity to meet demand.

“Well, it is exactly as I predicted at the start of the year. We are seeing a huge increase in demand and both domestic operators are adding capacity to the domestic markets to meet that demand,” he said.

He explained that as long as there were no major external shocks, it was almost certain that domestic passengers for 2022 would cross 800,000 for the first time and even possibly touch 900,000 travellers at the end of the year.

He said even international travel in Ghana was recovering strongly, which meant that the country might record more than 2.5 million combined international and domestic passengers in 2022, which would be the second highest of all time behind 2019.

According to Mr Mendis, we had seen the largest operator in the country, Africa World Airlines, actually move its focus away from highly competitive international routes such as Freetown and Monrovia in recent weeks in order to shift that capacity toward the domestic market.

“Load factors in the domestic market which have historically been up to 80 per cent range have been consistently moved above 85 per cent so far this year.

“It also shows that despite the additional capacity, the market demand is still not being met,” the expert added.