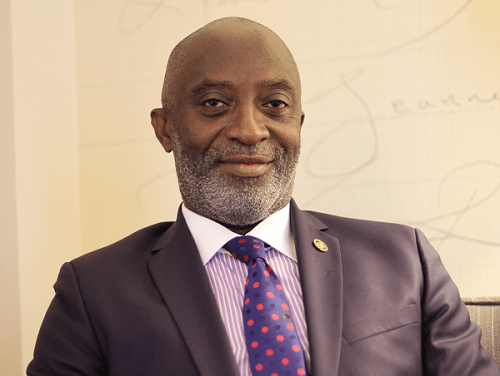 Chief Executive Officer of the Ghana Investment Promotion Centre (GIPC), Yofi Grant, has said the country’s economic growth and outlook continue to be positive despite the prevailing economic challenges such as the country’s surging inflation.

According to Mr Grant, the of fundamentals of the economy are still resilient and strong and not as weak as perceived, despite acknowledging that a number of factors including the outbreak of Covid-19 have contributed to the existing economic challenges.

Speaking to the BBC in an interview and touching on the country’s fast rising headline inflation rate, Mr Grant quipped that Ghana is not the only country to hit the snag because other developed economies have equally recorded higher inflation rates.

“As we speak right now, I am still trying to find any major country that has been able to battle inflation. It’s not just inflation but about growth. Our economy has been growing despite the fact that inflation is at that level. Our economy is very different from those economies.

“We’re seeing larger economies also riling now; like Nigeria. We’ve seen the US economy has inflation at a 40-year high; we’ve seen the UK economy [with] same problem, the same with Canada.

“So, it’s not one that you isolate and say because of inflation, then it means everything else is crumbling,” he remarked.

This is the highest recorded since December, 2003.

However, the rate of inflation, according to the inflation curve, has begun slowing down compared to previous months.

Similarly, the country’s public debt increased from 65% to 80% of GDP during the pandemic, despite being one of Africa’s fastest growing economies.

These and other factors have forced the country to seek economic support from the International Monetary Fund (IMF).

Mr. Yofi Grant says the return to the Fund should not be interpreted wrongly.

“Let me point out a few things to you; prior to Covid, our economy was probably one of the fastest growing in the world. Even in the Covid times when many economies were riling, the Ghanaian economy grew by 0.5%, it was still positive.

“I saw an article written by an economist which says that ‘isn’t President Akufo-Addo or Ghana going back on its word on Ghana Beyond Aid?’ Absolutely no!

“We are not going for aid, free money. We are all members of the IMF so we put money there. It’s like a lender of last resort,” he added.

Government has revised downwards its GDP growth rate for 2022.

Making the disclosure during the presentation of the 2022 Mid-Year Budget Review, Mr Ofori-Atta averred GDP growth rates for 2022 has been revised downwards by 2.1% to 3.7%.

Government earlier this year projected a GDP growth rate of 5.8% for this year – 2022.

Speaking on the floor of Parliament, the Finance Minister noted other macroeconomic targets for the year have also been revised.

According to him, the revised macroeconomic targets are as follows: