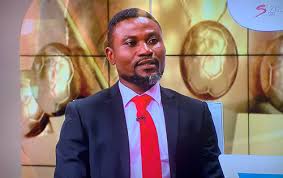 Ghana who were on a mission to end it’s 40 year trophy drought exited the tournament after the group stages without winning a single game, recording the Black Stars worst ever performance at the continental showpiece.

Speaking to the BBC, Laryea Kingston was emphatic that Rajevac was not the best man for the Black Stars and his tactical bankruptcy cost the team in Cameroon.

“It was a disappointing performance. If you look at the team, there was no identity. How do you expect to win with no identity?

“Looking at all we saw in Cameroon, Milovan Rajevac has nothing to offer the Black Stars,” Kingston, who earned 41 caps for Ghana added.

The Ghana Football Association [GFA] on Thursday released a statement confirming the sacking of the Serbian trainer who signed a one-year renewable contract in September.

Meanwhile, Didi Dramani, Ibrahim Tanko, Otto Addo and George Boateng have all been linked to the head coach job.

Tags: ghanaGhana had no identity under Coach Milovansays Laryea Kingston