Ghana likely to go for another round of downgrade – Seth Terkper 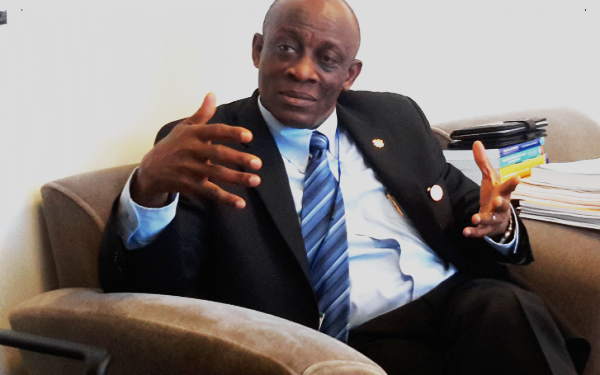 Ghana likely to go for another round of downgrade – Seth Terkper

Former Minister for Finance, Seth Terkper, has said Ghana is likely to experience another downgrade from credit rating agencies if managers of the economy fail to improve on the country’s present macroeconomic indicators.

Sharing his thoughts on the rising rate of inflation and the economy at large in a zoom meeting with business journalists on Friday, May 13, 2022, the former Finance Minister averred there is the need for managers to “reverse the trend” to avoid another round of downgrade.

Reasons assigned for the downgrade include;

• difficulty in government addressing its intertwined liquidity and debt challenges

• tight funding conditions on the international markets which has forced government to rely on the costly domestic debt market.

Ghana’s debt-to-GDP since the downgrade continues to be elevated and remain on an upward trajectory even despite government’s recent expenditure rationalisation measures taken in the form of expenditure cuts.

This is evidenced by the government’s inability to achieve its fiscal deficit target set for the first quarter of this year as noted by Mr Terkper during his interaction with the media.

However, the former Finance Minister asserts that adding exceptional costs in the banking and energy sectors, the country’s debt soars to between 83% and 85%.

Revenue mobilisation and financing of government’s budget still is a difficulty for the government given the attrition rate of users of the mobile money platforms which is expected to have raised some GHS 6.9bn (now revised downwards to GHS 4.5bn) from the E-Levy.

While still unable to gain access to the international market, government for the past weeks has failed to raise the needed funds from the auction of its short term debt on the domestic market to finance its budget.

Then there is the issue of inflation which has seen its worst performance in the last 18 years rising to as high as 23.6%, making interest rates on government debt securities unattractive to investors, helping to further dampen investor confidence in the economy.

“Despite the reduced expenditure, we are still unable to announce and issue the remaining $2bn of the planned $5bn Eurobond and have a roadshow for it in April which we usually do.

“Financing the budget is becoming a difficulty given the country’s inability to still access the market and hence fall on auctions on the domestic market.

“Ghana is likely to go for another round of downgrade if we don’t reverse the trend with inflation and other macroeconomic indicators, we are likely to get downgraded again,” the former Finance Minister noted.

Source: norvanreports
Tags: credit rating agenciesFormer Minister for FinanceghanaGhana likely to go for another round of downgrade – Seth TerkperSeth Terkper