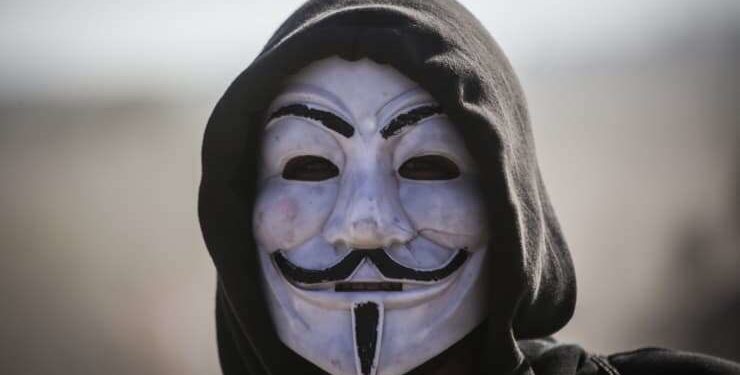 The murky online group known as Anonymous appears to be wading into the Ukraine-Russia conflict by declaring it is at cyber war against President Vladimir Putin and the Russian government.

Following Russia’s invasion of Ukraine, a Twitter post from an account named “Anonymous”  — with 7.4 million followers and nearly 190,000 Tweets — summoned hackers around the world to target Russia.

A post from the account on Feb. 24 stated the loosely connected global group was gearing up for action against the country — “and we will be retweeting their endeavors,” it said.

In the days thereafter, posts by the account claimed responsibility for disabling websites belonging to the Russian oil giant Gazprom, the state-controlled Russian news agency RT, and numerous Russian and Belarusian government agencies, including the Kremlin’s official site.

“Russia may be using bombs to drop on innocent people, but Anonymous uses lasers to kill Russian government websites,” read a post on Feb. 26.

It’s one of many Twitter accounts that purport to act under the larger umbrella of Anonymous-affiliated social media accounts, although it appears to be one of the largest.

Substantiating the group’s claims is difficult, if not impossible, since anonymity is a key tenet of the collective.

A review of a website that checks server outages confirmed that many of the websites that the group claimed to have knocked down are currently — or were recently — disabled.

An article on RT published on Feb. 28 confirmed that its own website, as well as that of the Kremlin, had in fact been shuttered by Anonymous last Friday. The article also stated the group had targeted other Russian and Belarusian media outlets on Monday, replacing their main pages with the message “Stop the war.”

Attracting the ire of online hackers is yet another example of how global players — from NATO powers and international businesses to everyday consumers — are using their leverage, big or small, to protest Russia’s invasion of Ukraine.

Empty spaces in the shelves of a vodka section of a Pennsylvania liquor store after Russian labels were removed.Sopa Images | Lightrocket | Getty Images

Bars are boycotting Russian-made vodka, although the brand Smirnoff is reportedly being targeted despite being owned by a British company and made in the United States.

Russia is already believed to be engaging in its own version of cyber warfare with Ukraine. Last week, destructive “data wiping” software hit Ukrainian governmental agencies and financial institutions, according to Reuters. The news agency said Russia has denied any involvement.

Several of Ukraine’s governmental websites last week were shut down in denial-of-service, or “DDoS,” attacks, reported Reuters. Ukraine has suffered digital attacks since 2014, when Russia annexed the Crimean peninsula, it said.

The identities of those behind Anonymous are largely unknown. A pinned message on the “Anonymous” Twitter account states that they are “working class people seeking a better future for humanity … who agree on a few basic principles: freedom of information, freedom of speech, accountability for companies and governments, privacy and anonymity for private citizens.”

Anonymous has targeted other high-profile entities in the past, including the governments of the United States and China, the Church of Scientology and the Islamic State group, while expressing support for uprisings such as the Arab Spring and Occupy Wall Street.