GMA engages stakeholders on 2012 Cape Town Agreement ahead of ratification 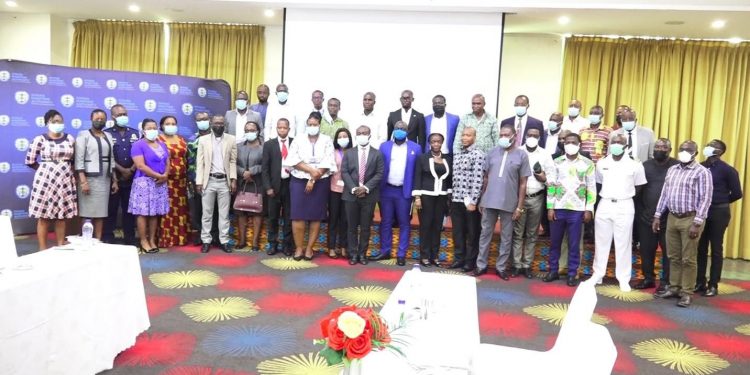 Ghana is expected to in about six months ratify the Cape Town Agreement of 2012 under the auspices of the International Maritime Organisation (IMO) which stipulates standards and best practices for fishing at sea, globally.

To this end, a forum on the ratification of the Cape Town Agreement of 2012 and the International Labour Organisation (ILO) Work in Fishing Convention 2007, has been held in Accra among key stakeholders of the industry, to discuss and offer inputs for fruitful implementation of these international conventions.

The Director General of the Ghana Maritime Authority, Thomas Kofi Alonsi said the alarming rate of risk associated with aquatic and human life at sea has made it very necessary for global interventions to be adopted and implemented.

He said, “fishing vessel operators with the aim of maximizing profits neglect the safety and maintenance of their vessels, indulge in illegal fishing and under report their catch.”

Speaking on the side-lines of the forum, the Acting Director in Charge of Maritime Services at GMA explained the scope of engagement saying “From today we move right back to the table to start work assiduously to have memorandum ready for cabinet approval before subsequently submitting it to parliament,” Mr. Kwabena Boakye Boampong revealed.

Dr. Kofi Mbiah, a Maritime Consultant and former CEO of the Ghana Shippers’ Authority, also touched on the historical antecedents that have impeded the successful implementation of regulatory frameworks in fishing especially in Ghana and the way forward.

He said “In fact, for coastal populations, one-third of the population is dependent on fishing, both for food and employment. Because of this, many countries have dragged their feet over the period when you want to regulate a sector like that.”