Gold Fields to invest $500m in Damang Mine 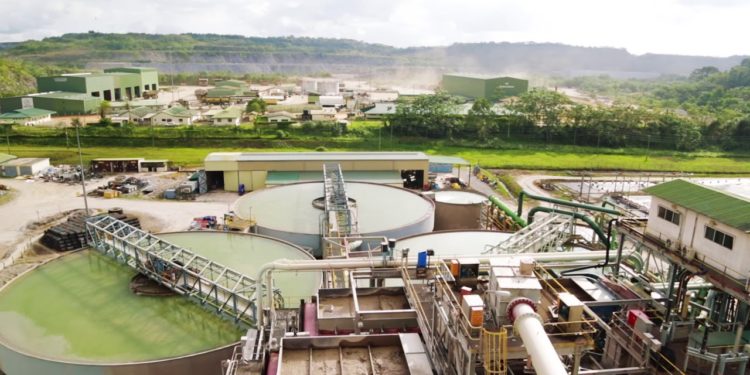 Gold Fields to invest $500m in Damang Mine

Gold Fields, the largest producer of gold in the country, says it is waiting for approval from top management to extend the life of its Damang Mine – a project that will see the firm invest up to $500 million.

Currently, the company operates the Tarkwa Mine, which has a Life of Mine (LoM) of 13 years and produces more than 500,000 oz/year; the Damang Mine, which has a LoM of three years; and the Asanko Mine – a joint venture with Galiano. Together, these mines yielded a total US$320million revenue to government in 2021.

It is on the back of this performance that acting vice-president and head of West Africa, Joshua Mortoti, said as part of its strategic vision the company will seek to extend the LoM of Damang Mine after investing some US$360million into the facility, when approved by management.

In an engagement with the media in Accra on Wednesday (26 January), he said “We are making reinvestments in Damang. The mine has a short life of three years, and that means we have to start reinvesting this year.

“What we will be working on is to potentially extend Damang’s life for another ten years, and so we will set up US$500 million to go into reinvestment in Damang. But we will have to first of all prove that we will make money in Damang to justify the investment request we are going to make.”

Emphasising the proposed investment, CEO of Gold Fields, Chris Griffith, said the project is subject to management discretion – based on the investment case that will be presented by the team working on it.

Mortoti further shed light on his company’s prospects for the year, saying he hopes to see nothing less than the performance of last year in terms of revenue to both the company and the state.

“We are expecting no less than what we did last year for 2022. In terms of production, we are expecting, for West Africa, about 800,000 oz between Tarkwa, Damang and our joint venture in Asanko. And we expect that our returns to government will not be any less than the amount we saw in 2021,” he said.

The Gold Fields Group has nine mines in five countries. Its West Africa production constitutes 35% of total production, second to 45% from the Australia region.

The South Africa region and the Americas both hold 10% each of the group’s production of gold.