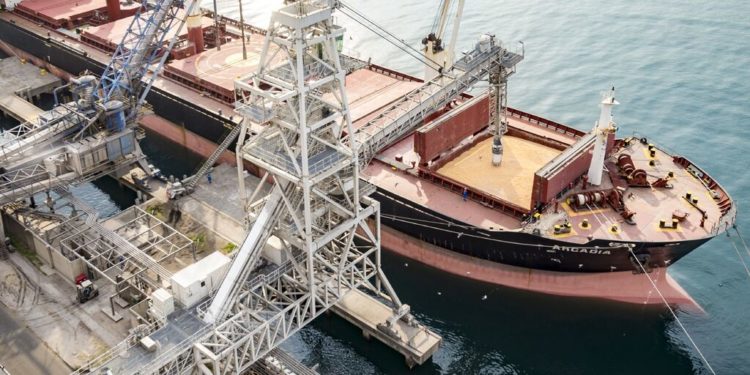 The grain export deal comes to life after months of ICC advocating for safe passage for agricultural products and working closely with the United Nations on it from the earliest days of the war.

ICC has been pushing so hard for the deal – publicly and behind closed doors – because of its importance for the global economy and businesses all around the world. It is a good example of the utility of bringing the private sector institutionally into the UN’s Global Crisis Response Group.

Until this grain export deal was activated, Ukrainian food stocks could not reach global markets and Ukrainian farmers were considering not planting staples for the next season, with the consequence that global food prices were spiraling out of control – threatening social, political and economic stability, not just in Europe but across the developing world.

Now, existing food stocks can be exported immediately, including to the World Food Programme (WFP) and countries particularly vulnerable to the food crisis. Ukrainian farmers can resume planting wheat and other essentials that will help offset lower harvest yields forecast for this year and next, calm markets, and put a brake on increasing prices.

ICC extends its congratulations to the United Nations Secretary General and the Turkish government for brokering the deal and reiterates its call for effective implementation.

ICC Secretary General John W.H. Denton AO said: “It’s vital that the international community makes every effort to accelerate implementation of all aspects of the deal — enabling the private sector to restore trade in grains, oils and fertilisers to pre-war levels without undue delay and put a brake on increasing prices.