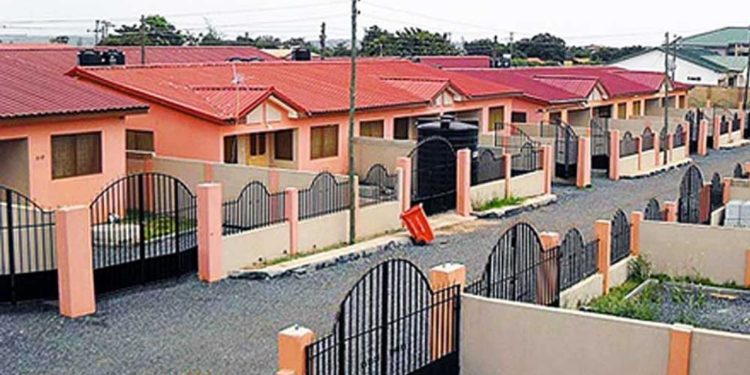 The Ghana Real Estate Developers Association (GREDA) and government, are set to launch the 20,000 affordable housing units project for Ghanaians.

The move is to help bridge the rising housing deficit which is estimated at a little above 2 million units.

President of the Association, Patrick Ebo Bonful, noted an agreement has been signed between it and government, with the agreement up for review by the government.

He added that prices of the 20,000 affordable housing units will be super affordable with a two bedroom house going for GHS 200,000, while a three bedroom apartment will cost GHS 300,000.

‘’We have signed an agreement with government which is being reviewed to make it more functional. We signed an agreement for 20,000 housing units, its been reviewed as we speak. And before long we should be launching it, so we aim to price these houses, three bedroom at around GHS300,000, two bedrooms around GHS 250,000 and so on and so forth.

“So these are super affordable houses but the idea is that government will provide the land services, I mean, put in the necessary water and all, then we will come and build the vertical, you know, projection. And on our own, we are going to do our own GREDA estates as well and the prices will be very competitive’’.

Meanwhile, in January last year, a Memorandum of Understanding (MoU) for the construction of 20,000 housing units every year for the next 2 decades between the Ghana Real Estate Developers Association (GREDA) and government had been signed.

This is according to Executive Secretary of GREDA, Samuel Amegayibor, who noted that the Association’s commercial contract with government had reached an advanced stage.

Speaking to the media, Mr Amegayibor expressed optimism that President Akufo-Addo will prioritize housing projects in his second term.

“Late last year, we got a response that our concerns had been minuted to the sector minister and so we were engaged at the ministry and we began discussions. And I’m happy to say that, that discussion led to the signing a commercial contract. And we hope that His Excellency President Akufo-Addo will in his new term, as early as possible offer us a ground on which to build the houses,” he stated.

“So we are not going to go back to the old processes of going back and forth. We have gotten to a point where a commercial contract has been signed and we can build on that,” he noted.

GREDA was expected to begin its construction of the 20,000 housing units per annum last year.

President Nana Addo Dankwa Akufo-Addo in May 2019 challenged GREDA to provide at least 20,000 housing units per annum to help reduce the growing housing deficit which is estimated to be about two million housing units.

This, according to reports, took place in a meeting between GREDA and the president at the Flagstaff House, where the association asked the president for incentives to facilitate the construction of 5,000 affordable housing units, but to which President Akufo-Addo said nothing short of 20,000 units per annum will be accepted.