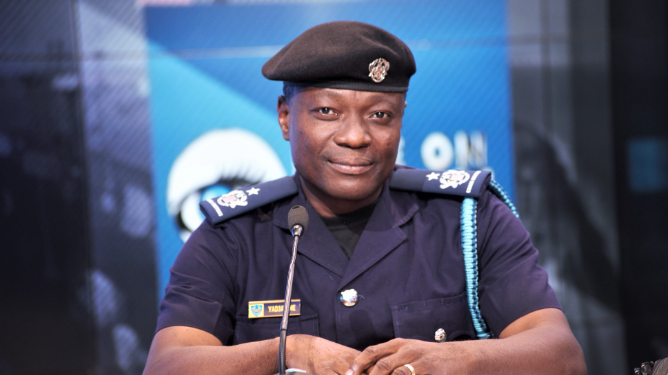 A Supervisor at the Vehicle Valuation Unit of the Customs Technical Services Bureau, Mr. Justice Njornan Magah Yadjayime has attributed the seemingly high import duties for hybrid vehicles in the country to the ECOWAS Common External Tariff (CET) which was adopted by member states in 2015.

Responding to concerns by a section of importers that the duties on hybrid vehicles are expensive compared to normal vehicles, despite the environmental benefits, he said that could be attributed to the ECOWAS Common External Tariff which applies to vehicles and goods from non-member states.

Speaking on Eye on Port’s live interactive programme on the importation and clearance of vehicles at the Ports of Ghana, he said the duty for hybrid vehicles is currently pegged at 20% of CET.

“ECOWAS established a Common External Tariffs of 20% for all vehicles like saloon cars, SUVs and wagons. So you realize that these are the categories the hybrid cars fall within,” he said.

However, he said ECOWAS in 2015 when the CET was to be implemented put in a flexibility measure which is called supplementary tariffs measures for all member countries to avoid the harsh effect of the increment of taxes on the citizenry.

“ECOWAS then decided that for every member you have the opportunity to adjust gradually the 3% of your tariffs lines. So the government of Ghana took that opportunity and applied to ECOWAS,” he said.

The Supervisor at the Vehicle Valuation Unit continued that government decided to leave out some of the items which were not an issue “because in 2015 we didn’t have an issue with hybrid vehicles coming into the country and people didn’t like them and didn’t know what they were meant for.”

“So that is why it stayed at 20% and it is not as if anyone doesn’t see the benefit of hybrid vehicles. Now that there is that opportunity for people to use and know how good it is, there have been discussions on it as to how to go about it. I’m sure with time it will be resolved,” he stated.

He encouraged Ghanaians to consider hybrid vehicles because of its positive impact to the environment.

Mr. Yadjayime entreated clearing agents who disagree with the value quoted during the valuation of their imported vehicles to reject and appeal the value immediately.

According to him, some agents though disagree with the value given during the valuation process still go ahead to make payments of the duties at the bank.

He said customs officers have been assigned to ensure that the appeals of the agents are immediately worked on, to facilitate the payment of duties.

On the issue of overaged vehicles, which are vehicles that are 10 years from the year of manufacture, Mr. Yadjayime said they attract overage penalties.