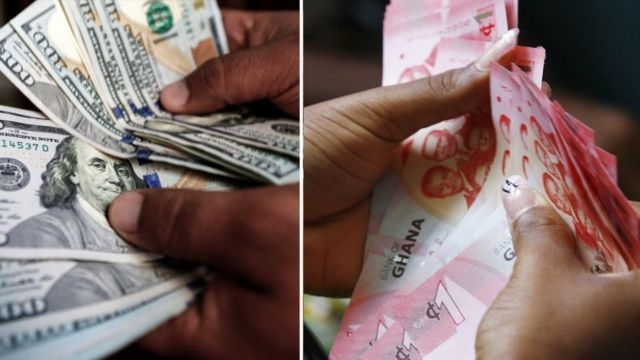 Traders in the country have named the recent sharp depreciation of the cedi as one of the main reasons for the recent hikes in prices of goods on the market.

The cedi is said to have depreciated against the dollar by more than 18% from the beginning of this year .

The local currency begun the year trading at about GHS 6.40 to the dollar but with just four months into the year it has reached GHS 7.67.

Prices of food stuffs on the market have recorded consistent increment over the past three months.

President of the Ghana Union Trade Association (GUTA), Dr. Joseph Obeng, has maintained that the cedi depreciation along with increase in freight charges have been major factors for the hikes in prices of goods seen on the market.

‘’We are also consumers of our products so when we do that who are we hurting, we are hurting ourselves so its never true. The truth of the matter is that the component or the factors of costing is so clear for all of to see, and I am not father Christmas to reduce prices so that I incur loses?

‘’let’s look at the world commodity prices that have soared because of the effect of covid, these things are global effect and nobody  can do anything about it because there were challenges in logistics and all that so the raw materials, most of their prices have gone up sometimes over 200% and so the price we used to buy has gone up. Shipping cost that’s free charges have also gone up to the roof, what was been charged GHS 3,000 that’s the forty fitter container is now being charged for about GHS 15,000, now it has come down to about 11 to 12,000 and it means  a lot,” he said.

Meanwhile, Economist and Finance lecturer, Dr. Lord Mensah, has urged the Bank of Ghana to strictly enforce the laws of repatriation of foreign currencies to help stop the current sharp depreciation of the cedi.

The said law actually bans companies from sending all profit made outside unless they have permission or the guidance of the Bank of Ghana. There have been reports that some banks are already breaching this, leading to the current pressure on the cedi.

Dr. Mensah has therefore urged the regulator to move fast to enforce these laws.

‘’Policies that brought in foreign companies that repatriate their foreign reserves to their  country, we have to revisit those policies. I think for instance, if you take  the telcos, if we needed them in the 90’s, for now the system is opened, we have competitions all over the place so they shouldn’t enjoy the same policy of you know, of being only owned by foreigners and all those. They should allow we Ghanaians to own part of those businesses so that we can retain some of their profit here, in a way it should be able to slow down some these excesses of, I mean, transferring of foreign exchange funds to satisfy their shareholders elsewhere”, he said.

Tags: Bank of Ghana (BoG)cedighanaHikes in prices of goods linked to sharp depreciation of the cedi