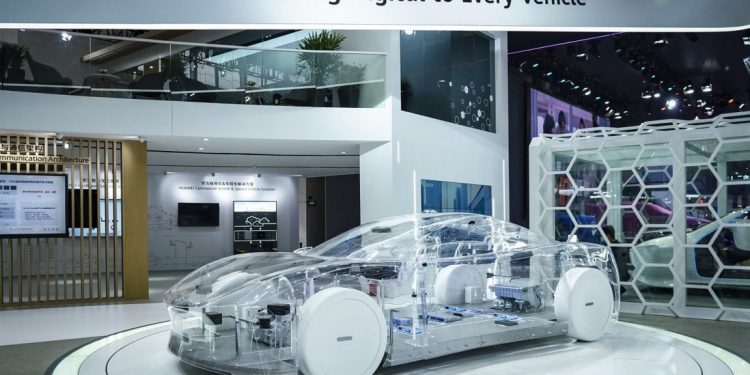 Chinese tech giant Huawei Technologies Co, facing US sanctions that have hobbled its core networking business, is targeting the new growth area of smart vehicles, setting the goal of “bringing the digital world to every car”.

Huawei’s move into the smart vehicle industry has created a stir in a sector that Beijing is pushing amid ongoing US-China tech tensions. While some believe Huawei’s participation could lead to technology breakthroughs that accelerate the roll-out of autonomous cars and other types of smart vehicles, some are concerned that the telecoms giant will build a dominant position and squeeze out smaller players.

Shenzhen-based Huawei’s semi-stealth approach in revealing its smart vehicle ambitions comes as its core business of telecommunications and smartphones is hurting badly under US sanctions that have blocked the company from acquiring key software and components since 2019.

Huawei’s ambitions in the new area became more obvious last November when the company merged its smart vehicle business into the consumer segment under the leadership of Richard Yu Chengdong, the architect of Huawei’s rise as a global smartphone leader over the past two decades.

The move has industry watchers and analysts speculating whether the company wants to replicate its success in smartphones and make smart vehicles a much bigger contributor to group revenue in future.

“The smart vehicle business is Huawei’s new business … We have sufficient strategic patience to invest in the sector and there is no profitability requirement in the short term,” a Huawei spokesman told the Post.

The company also believes the smart vehicle industry is undergoing tremendous changes, “just like the transformation from feature phones to smartphones in the mobile phone industry,” he said, adding that Huawei was “bringing the digital world to every car”.

While its new strategy may worry smaller players, Huawei itself is up against fierce competition from rival Chinese tech giants eyeing the same opportunity in smart vehicles and autonomous driving.

China’s e-commerce leader Alibaba Group Holding (owner of the Post ), social media and gaming giant Tencent Holdings and search engine Baidu are flocking to the field by joining with traditional carmakers as they seek to define the future of mobility by leveraging their own strengths in deep learning and artificial intelligence – areas that Huawei is weak in.

Huawei made its debut in the smart vehicle industry in April 2019 when it unveiled a plan to become an infrastructure supplier. One month later, the company officially established a new business unit dedicated to smart vehicle solutions. However, Huawei’s move into auto-related research and development dates back to 2014 when it established a lab for internet connected vehicles.

Having started out providing end-to-end information and communication technology (ICT), Huawei brings an existing strength to the smart vehicle business, according to analysts.

“The technologies and auto parts provided by Huawei in smart vehicles are almost all derived from its ICT businesses,” said Chen Jiana, an auto sector analyst at EqualOcean, an investment research company. “Information and telecommunication technologies are the core advantages for Huawei in the smart vehicle business.”

Huawei agrees, saying that its ability to apply ICT-based hardware and software to the automotive industry was “the fundamental reason why [the company] entered the field of smart vehicles”.

Radar technology, which collects information from a vehicle’s surroundings, is a typical example of how Huawei’s ICT abilities can contribute to smart vehicles. In 2019, Huawei announced that it would use its 5G technologies to develop millimetre-wave radar and laser radar for smart vehicles. Later, it formed a team to focus on developing low-cost, multichannel lidar sensors with the goal of making the technology affordable for all smart vehicles.

“I can see Huawei producing laser radar because the radio frequency components are similar to its 5G technologies but use different [wavelengths],” said Ariel Zhou, chief strategy officer at autonomous delivery company Rhino.ai. “At the same time, Huawei has strong supply chain channels [which] enable it to make these auto parts and technologies affordable … and [low] prices are the precondition to mass production.”

Huawei’s founder on US sanctions, 5G leadership and building trust in Europe

Chinese autonomous driving start-ups are looking for cost-efficient ways to achieve large-scale adoption of the technology as China aims to start rolling out its first fully autonomous vehicles by 2025. The sector has become notorious for its high-burn rate when it comes to research and development expenses, coupled with the cost of government-issued testing licenses for self-driving vehicles.

Huawei’s participation in the smart vehicle industry will lower equipment prices and help China achieve more breakthroughs that reduce the risks of being blacklisted by the US when it comes to sourcing technology, said EqualOcean’s Chen.

Another milestone in Huawei’s smart vehicle development was the introduction in October of its Intelligent Automotive Solutions platform, dubbed Huawei HI. Powered by the company’s own HarmonyOS, it focuses on automobile cockpit, intelligent driving, and smart vehicle control. The solution also involves augmented reality technology for better mapping services and path detection.

“The introduction of the HI brand begins a new chapter for Huawei in the smart vehicle business,” Liang Chao, chief auto industry analyst at Guosen Securities, said in a report. It is possible that Huawei could become as important to the auto industry as Intel is to the computer industry, he added.

However, HarmonyOS was designed for use on multiple platforms, including vehicles, without being recompiled, so it is considered to be in the early stages of development. “There are a lot of bugs in HarmonyOS and it’s not yet ready for consumer products,” said Zhou.

Huawei’s move into the smart vehicle industry has created a stir in a sector that Beijing is pushing amid ongoing US-China tech tensions. Photo: AFP

Although Huawei can provide the ICT software and hardware for smart cars, company founder Ren Zhengfei and other top executives have said they have no intention of making a smart car. Instead, Huawei wants to provide the communications equipment and software required for an intelligent-vehicle revolution.

To that end, in May last year Huawei formed an alliance with 18 carmakers to accelerate the commercial development of 5G-connected vehicles in the country. “Huawei now is working with traditional car makers by providing smart hardware first, then applying its software, to achieve the goal of being a one-stop supplier,” said Chen.

Chinese companies in the smart vehicle business will also get a boost from Beijing’s blueprint to install autonomous vehicle infrastructure over the coming decade, including telecommunication networks to capture data from vehicles and their surrounding environment, cloud-computing capacity to process the data, and mapping services to aid navigation.

In any case, Huawei is under no illusion that its smart vehicle move will pay off any time soon. “In Huawei, it usually takes eight years on average for a new business to achieve break-even,” the company spokesman said.

Source: scmp
Via: norvanreports
No Result
View All Result

Social unrest is rising, adding to risks for global economy 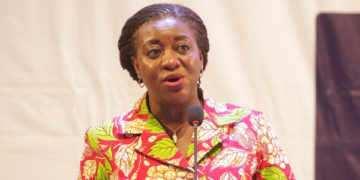