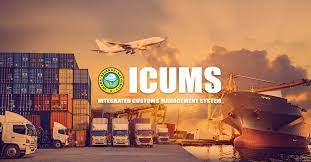 GRA which released the figures stated that the introduction of ICUMS has streamlined Customs operations and helped increase tax collection at the country’s entry points.

The success of the system includes the elimination of the multiple routes prior to payment of duties, seamless processes, increasing revenue, speedy processing of pre-manifest declaration, undertaking classification and valuation in the same system, among others.

The success of ICUMS has been attributed to the decentralisation of clearance processes from the Customs Technical Services Bureau.

He said ICUMS simplified the previous Pre-Arrival Assessment Reporting System (PAARS) and ensured that classification and valuation are done through the ICUMS with a customs supervisor, who quickly verifies documents and generates a tax bill.

Multiple routes prior to payment of duties eliminated

This has eliminated the multiple routes one had to go through prior to the payment of duties, which is a hallmark of the ICUMS.

It takes about two hours to process a pre-manifest declaration once an importer, through his or her agent, submits documents in ICUMS that are not subject to any queries.

With ICUMS, outstations across the various frontiers of the country can manage some of the various customs regimes, including import, export, re-export and transit, among others.

ICUMS was successfully integrated with the Drivers and Vehicle Licensing Authority (DVLA) nationwide, despite the difficulties associated with acquiring historical data.

ICUMS has provided more than 7,000 tracking devices for the monitoring of transit cargo, leading to a stop on attachment of temporary escorts on transit cargoes.

ICUMS has its checks and balances on supervising officers

ICUMS has its checks and balances on supervising officers at the various points of operations in the system, ensuring that no undue delays come up as a result of officers’ bad behaviour.

Ghana Link Network Service Limited, which is the operator of ICUMS, says it is continuously improving the system for it to become the best port clearance system in Africa in the area trade facilitation.

After successfully rolling out the first phase, the company said it is preparing to roll out phase two of the project.

The company awaits its employer, GRA, to announce the roll-out of the second phase at the right time.

According to the company, achieving best port clearance system in Africa in the area trade facilitation will help improve efficient revenue mobilisation in the best interest of Ghana.

Though ICUMS started as five modules, Ghana Link, at the request of GRA, continues to add new features to better serve stakeholders.

The ICUMS was first deployed at the various frontiers in March 2020 following a successful pilot at Aflao and Elubo in February.