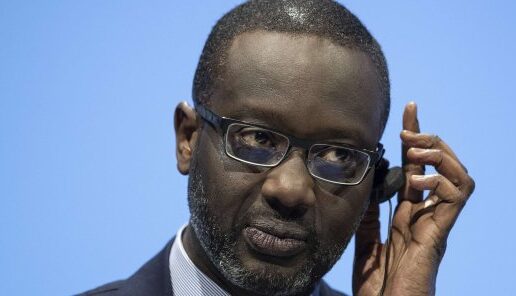 The acquisition vehicle reportedly plans on raising money from investors to buy up financial services companies in both developed countries and emerging markets.

Tidjane Thiam is ready to make a comeback in the financial world. According to the Financial Times, the Franco-Ivorian executive, who previously served as chief executive of British insurer Prudential and Swiss banking giant Credit Suisse, was asked by US bank JPMorgan Chase to participate in the launch of a special purpose acquisition company (SPAC).

In discussions with sovereign wealth funds

By the British newspaper’s account – which a representative of Mr Thiam was not immediately able to corroborate – JPMorgan Chase CEO Jamie Dimon gave the green light for the SPAC and is personally involved in the venture. Dimon is a regular at Davos, attended on several occasions by Thiam during his tenure at Credit Suisse (from 2015 to early 2020).

The FT reported that the soon-to-be-created acquisition company is planning to raise $250m to carry out acquisitions in the financial services sector in both Western countries and emerging markets. The SPAC will be listed on the New York Stock Exchange (NYSE).

Formerly viewed as exotic structures “relegated to the backwaters of finance”, a 2017 report on mobilising African institutional investment for infrastructure  published by Africa Investor defines SPACs as “corporations formed by private individuals to facilitate investment through an initial public offering (IPO).”

SPACs help raise money ahead of acquisitions and secure the listing of investment firms seeking to buy a range of assets down the road.

While no specifics have been released regarding Thiam’s role in the acquisition company, the FT indicated that the SPAC “is in discussions with sovereign wealth funds and several potential board members.”

The successful launch of these acquisition vehicles depends largely on the expertise of the sponsors backing the projects and their ability to woo investors prior to finding future targets, which is why they are also called “blank cheque vehicles”.

In addition to having extensive experience in the realm of European finance, the Franco-Ivorian financier developed a vast network of contacts – including investors and high earners (known as “ultra-high-net-worth individuals” [UHNWI] in financial speak) – during his stint at Credit Suisse, where he focused on wealth management. Back then, the Franco-Ivorian banker’s teams flaunted how he was courted by UHNWIs, especially Asian ones.

While at Prudential he also led an unsuccessful push to expand the company’s business in Asia and completed the British insurer’s first foray into the African market with the 2013 acquisition of Ghana’s Express Life Insurance.

SPACs began having a moment early in 2020, spurred by market uncertainty in the wake of the COVID-19 crisis.

Scott Kleinman, co-president of US private equity firm Apollo Global Management ($433bn in assets under management), said last October: “If you think about it from an investor’s perspective, the SPAC is an incredibly efficient way for an institutional investor to access the private markets.” On 6 January, Kleinman launched his second blank cheque company, Apollo Strategic Growth Capital II, which is looking to raise $400m in an IPO.

Back in June 2015, South Africa’s Renergen Limited was one of the first SPACs to be listed on the Johannesburg Stock Exchange (JSE) after raising 75m rand (€5.5m).

This past June, Renergen announced it had signed an agreement with French oil and gas major Total “for the joint marketing and distribution of liquefied natural gas (LNG) through Total’s service stations”.

Since his ouster from Credit Suisse, Thiam has not pursued operational management positions with banking institutions, instead preferring to hold non-executive posts, such as serving on the board of directors of the world’s No. 3 luxury group, Kering, as well as on the board of Rwanda Finance Limited and the Council for Inclusive Capitalism with the Vatican. Lastly, as an African Union (AU) special envoy, he helped mobilise financial resources in support of the continent’s COVID-19 response.

Thiam’s name is regularly floated in Côte d’Ivoire’s political circles, where feverish rumours once circulated that he would compete in the October 2020 presidential race. He has even been a topic of conversation in French politics, with some thinking he would become President Emmanuel Macron’s economic and finance minister.