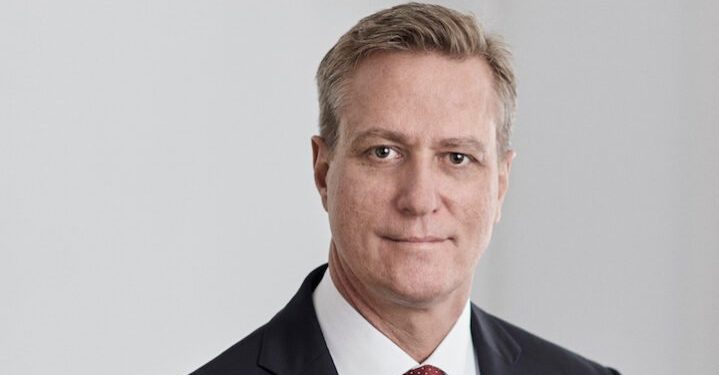 Maersk navigated the rough supply chain shocks delivered by Covid-19 to post a profit of $2.9bn for 2020 and generated almost $40bn in revenue, but experienced volume contractions in Africa.

Headquartered in Copenhagen, Denmark, Maersk is a logistics company that deals in shipping, terminals and towage, logistics and services, and supply chain management, as well as air freight.

In Africa, Maersk has subsidiaries in South Africa, Angola and Nigeria. The group operates in 50 ports on the continent.

The past year was one of mixed fortunes, defined by contrasting performances in the first and second half. “As the pandemic spread, it had an impact on volumes being shipped in the second quarter,” says David Williams, the Maersk managing director for the Africa region.

But “things bounced back a lot faster than we expected,” Williams tells The Africa Report.

In Africa, lockdowns curtailed the movement of goods. In the case of South Africa, only essential goods such as fruit and vegetables were permitted to be transported during the country’s hard lockdown in March 2020.

However, the movement of goods from Asia surged, boosted by the massive stimulus packages in Europe and the US.

During 2020, imports into Africa declined. The ocean container market on the continent contracted 5%.

This was partly the result of prioritising getting empty equipment back to the Far East to cater for the massive surge in demand. This also meant Maersk was slightly held back on some export opportunities.

On the African Continental Free Trade Area agreement (AfCFTA), Williams says: “We are excited about what it means in the longer term. I think it is going to take some time before we see it gaining traction and growing. We’re going to be patient before we see real benefits and value from it.”

In addition to Covid-19 disruptions on global supply chains, Maersk underwent its own organisational transformation. This saw the integration of Damco and Safmarine into the Maersk brand.

South Africa-based shipper Safmarine is where Williams cut his teeth and spent 35 years of his career. The Danish group bought Safmarine in the 1990s and retained the name and branding. But times have changed.

Globally, the organisational transformation affected 2,000 positions. “The numbers [layoffs] across Africa were relatively small,” he explains.

“Safmarine is close to my heart, as I joined 35 years ago. Last year, I was responsible for integrating Safmarine into Maersk. It is a decision we’d taken well before the pandemic and we had timed it for earlier in the year,” according to Williams. “We delayed it given the fact that most of our colleagues were working from home at the time.”

He adds: “I was delighted we managed to retain 98% of our leaders – Safmarine leaders have been moved to the Maersk organisation. More importantly, 45% of those leaders are female.”

Other changes are ongoing throughout the Maersk organisation. The implementation of low sulphur fuel, as regulated by the International Maritime Authority, was another area of focus in 2020. Maersk is intensifying its efforts to meet the Paris Agreement’s 2050 deadline for the creation of a carbon-neutral economy.

In 2020, fuel prices dropped but are now back to pre-pandemic levels of about $60 per barrel. Fuel is a significant cost for the group. “We have various formulas in terms of how we price to offset the variable cost of fuel.”

Operating in 50 ports on the continent also comes with its own set of pros and cons. “It’s always variable and uncertain,” says Williams.

In South Africa, there are a number of structural challenges with the ports. “We continue to work closely with Transnet to try and address some of those.”

“We saw one of our best reefer seasons out of South Africa. That was enabled through the […] use of FPT in Cape Town,” said Williams.

He cites the use of FPT, a private terminal, as one of the biggest successes of 2020. “We were able to serve our fruit export customers and make sure we kept their supply chain going. It is an industry we are focused on,” according to Williams.

“We’ve been working with the industry going back to 1978, when Safmarine first started offering refrigerated services. We are expecting another good year when it comes to fruit exports, building on the success of last year,” he says.

In Mombasa in Kenya, and Apapa in Nigeria, “we are constantly working closely with the terminals and the port authorities to make sure we are able to serve our customers’ supply chains and keep them moving.”

But there are often bottlenecks. In Nigeria, challenges are not limited to ports, but also extend to infrastructure to enable the smooth movement of goods in and out of the ports.

When there is a surge in volumes, bottlenecks arise. It is also difficult to improve infrastructure while serving existing customers, says Williams.

Williams recalls one stage when “I think we had 60 days waiting time in the first part of the year in Lagos. That’s now down to less than a week. At the moment, we’re sitting with challenges in Onne.”

The eastern Nigerian port of Onne recorded an uptick in container traffic in 2020.

Although the threat of piracy in East Africa has dropped, it is rising on the Gulf of Guinea and off the coast of Nigeria.

“We have seen a spike in piracy attacks, and we’ve had a number of vessels hijacked,” says Williams. “We have close to 8,000 seafarers on our vessels across the world. Their safety is a key focus for us.”

Williams explains: “We continue to work with international authorities – and local authorities – to address this. Because in almost all cases, piracy is land based and you need to have as much security as possible on land.”