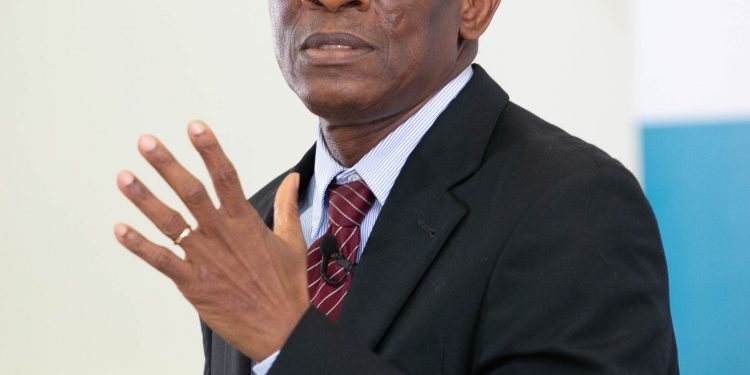 Former Minister for Finance, Seth Terkper, has said revenue projections for Ghana over the medium term fall below the 17.8 percentage points total revenue of Gross Domestic Product (GDP) attained in 2015.

According to Mr Terkper, total revenues as a percentage of GDP attained over the medium term will be in the region of 16 percent, falling below the 17.8 percent total revenues of GDP in 2015 – the country’s highest so far.

Total tax revenues – which forms the major component of total revenue –  despite the measures currently being implemented by statutory tax collection body, the Ghana Revenue Authority to improve tax revenue mobilization efforts, will also be in the region of 13 percent, far below the acceptable 20 percent tax revenue to GDP for Middle Income Countries like Ghana.

Total tax revenues mobilised for this year, per the presentation made by the former Minister, will reach 12.9 percent of GDP. Implying that government will fail to achieve its 16.7 percent tax revenue to GDP target (Ghs 74) for this year.

Adding that government should also look at roping the ‘new sectors’ of the economy such as construction, services which have now become larger sectors of the economy.

The maiden edition of the PFM Dialogue Series sought to reveal the likely effects of Ghana’s 2021 Budget Statement on the economy in the medium-term with respect to the country’s rising public debt, tax revenue mobilisation, and worsening fiscal situation.

The Dialogue Series was held in partnership with the Natural Resource Governance Institute (NRGI) with acknowledgements to the African Development Bank (AfDB) and Africa Centre for Energy Policy (ACEP).