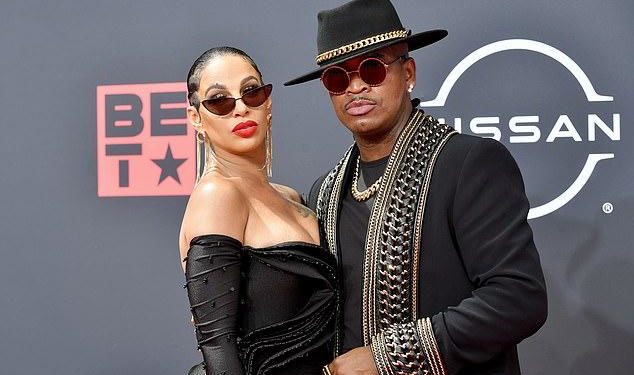 Ne-Yo’s wife Crystal Renay has accused the star of being continually unfaithful over the span of their eight-year relationship in a text post uploaded to Instagram on Saturday.

The model, 36, slammed the singer, 42, for ‘eight years of lies and deception’ and claimed that he had cheated with ‘women who sell their bodies to him unprotected’ and that she’s only gained ‘wasted years and heartache’ from their union.

Ne-Yo on Sunday took to Twitter, saying that he was not interested in speaking publicly about the split. He said, ‘For the sake of our children, my family and I will work through our challenges behind closed doors. Personal matters are not meant to be addressed and dissected in public forums.’

He added: ‘I simply ask that you please respect me and my family’s privacy at this time.’

The posts come after the couple gave their marriage a second chance and tied the knot again in a Las Vegas wedding in April, after previously getting married in 2016. The couple share sons Shaffer, 6, and Roman, 4, along with daughter Isabella, 13 months. They briefly split in early 2020, but reconciled a few months later.

‘8 years. 8 years of lies and deception. 8 years of unknowingly sharing my life and my husband with numerous women who sell their bodies to him unprotected…every last one of them!’ Crystal wrote on Instagram.

‘To say I’m heartbroken and disgusted is a understatement. To ask me to stay and accept it is absolutely insane. The mentality of a narcissist,’ she went on.

Married: The post comes after the couple gave their marriage a second chance and tied the knot again in a Las Vegas wedding in April, after previously getting married in 2016